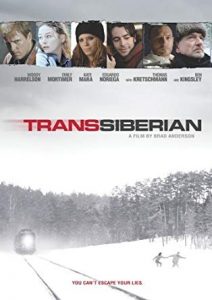 Brad Anderson is a solid director who’s done a number of small, classy independent films — most notably his low budget chiller Session 9 (2001) — as well as some television, including episodes of The Wire (my nominee for best TV show of all time). His most recent feature, Transsiberian (2008), is an effective but imperfect suspense film involving a train journey across the harsh, barren landscape of northern Russia.

A good-natured American couple (Emily Mortimer and Woody Harrelson), returning from a church event in Beijing, boards a transcontinental train from China to Moscow, looking to inject a little adventure into their simple midwestern lives. They get way more than they bargained for when their sleeper-car bunkmates turn out to be a shady younger couple (Eduardo Noriega and Kate Mara) that is up to no good. How so, exactly? The superior first half of the film builds on this question well, as Mortimer’s dark past emerges and she becomes more entangled with the sexy young newcomers. But ultimately, as the mystery comes into focus, the movie gets less interesting and more brutal, as a series of twists — some of them pro forma, others quite surprising — run them afoul of a ruthless Russian police inspector (Ben Kingsley), which turns their vacation into a nightmare.

A lot of standard thriller tropes come into play in this one, and they’re generally well handled, but unfortunately the superb Hitchcockian build-up of the early stages ultimately devolves into contemporary action/violence excess. Despite the plot’s unrealistic escalation, however, I found the film well worth watching. It has gorgeously scenic cinematography and rare glimpses of Siberian life and culture, much of the puzzle-solving suspense of the early-going is quite engaging, there is strong, pure visual story-telling throughout, and the acting is solid across the boards, particularly from its lead couple. Emily Mortimer makes for a superb protagonist, expressive and engaging, while Woody Harrelson is quite genuine and effective as her spirited good-old-boy husband. So I’m glad I watched it, and for my money it’s certainly better than much of the current crop of Hollywood action blockbusters. It’s just too bad the story spins out of control in the latter half — perhaps deliberately (going “off the rails,” heh), but to disappointing effect. 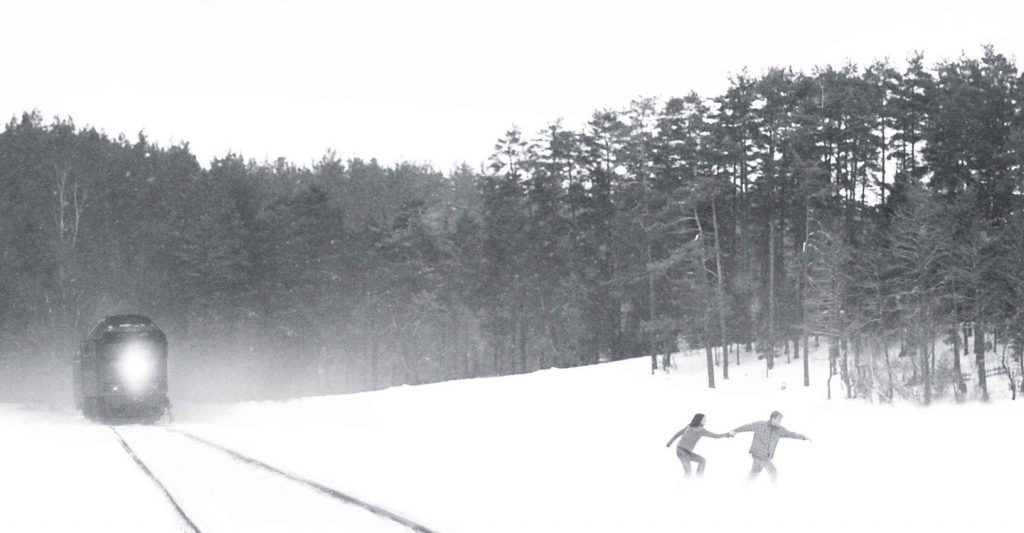 A scene from Transsiberian