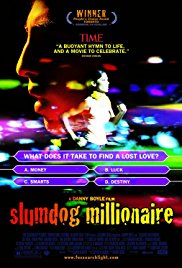 I usually admire Danny Boyle’s films, even when I don’t enjoy them. Trainspotting, 28 Days Later, and Sunshine all come to mind — I found them dark, interesting, and visually striking films, but none of them quite left me satisfied. That’s definitely not the case with his latest, Slumdog Millionaire (2008), which is just as dark, striking, and interesting as usual, but resolves in a refreshingly relieving manner, like a hard-fought battle ending well.

The story involves a young boy from the slums of Mumbai (Dev Patel) who becomes a contestant on the Indian version of Who Wants To Be A Millionaire and goes on an unlikely winning streak — which isn’t nearly as interesting as why he goes on the show, and how he knows the answers. These mysteries are deftly revealed by a familiar flashback technique, effectively and compelling executed. It’s a story of desperate people trying to transcend their bleak, hopeless circumstances, and as such there are moments that are difficult to watch, but ultimately it’s a rewarding film, with a unique and powerful look and atmosphere. There are moments of late symbolism that felt a bit heavy-handed to me, and amused as I was by the film’s mocking of its own Hollywood ending, I’m not sure that was the best choice. But on the whole I think it’s a memorable film and well worth seeing. 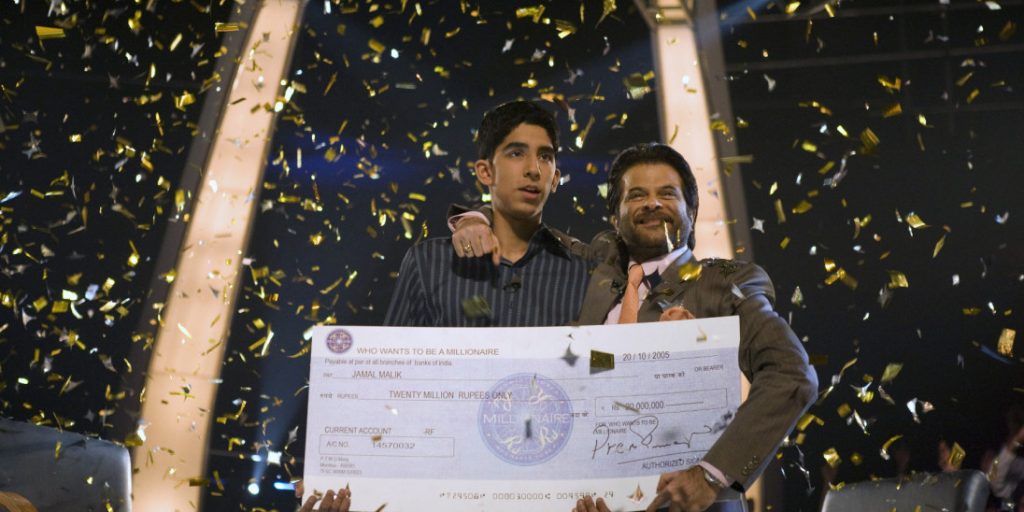