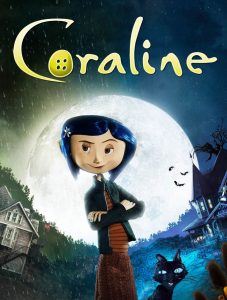 For some reason, I haven’t read any Neil Gaiman. I’m not sure why that is; I have a feeling, on one level, that I’m just not his audience, but I think another factor may be that I’ve seen dramatizations of his books and found them wanting. Coraline (2009) joins that (admittedly rather short) list, reminding me of other Gaiman material I’ve seen: clever, always inventive, dark, slightly funny, somewhat off-putting, less than gripping, and messily plotted.

Coraline (voiced by Dakota Fanning) has just relocated with her mundane, work-obsessed parents (Teri Hatcher and John Hodgman) to an odd boarding house in the Pacific Northwest, and is no big fan of this change in her life. Bored and restless, she cynically explores her new surroundings, to discover an odd, locked, painted-over door, which she ultimately learns leads to a parallel dimension. Perfect, alternate versions of her family seduce her into visiting often…until it becomes clear that the utopia behind the secret door isn’t all it’s cracked up to be.

As a story, it’s a nice high-concept fantasy with some engaging ideas, but the plot seems a bit seat-of-the-pants, and there doesn’t seem to be a very solid theme here. It’s got a lot of a flashy ideas, but it doesn’t amount to all that much. The film is striking visually, and the stop motion animation is impressive, but I think that may be part of the issue; the grim, real reality and the cheery alternity behind the door are both equally fantastical, so there’s some necessary contrast missing. We also saw this in 3D, and to me this added nothing to the film; it muddied out the color and lacked sharpness, without significantly contributing to the story-telling or spectacle of it. The sound, on the other hand, was fantastic, and there was a unique original score that was very effective. Overall, a pretty mixed bag, not without impressive aspects, but on the whole it didn’t do much for me. 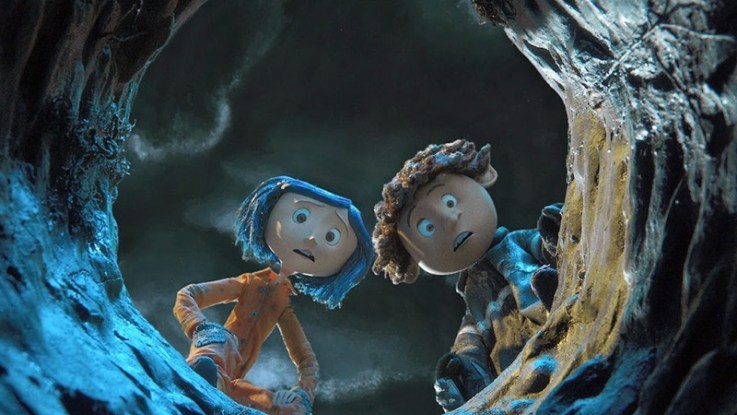