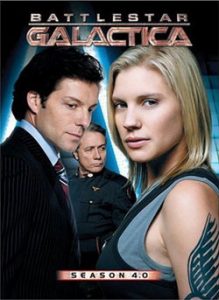 Last Friday was the final episode of Battlestar Galactica. I think it ended at the right time, but I wish it had ended in a different way.

The new Battlestar Galactica was much, much better than I expected it to be, and way better than it had any right to be, based on the middling source material. In my view, the BSG redux started strongly, gradually improved through its first couple of seasons, peaked in a big way at the beginning of season three, and then gradually declined as it wound down. The fourth season was a dreary, dark journey filled with anguish and alcohol, which lost much of its urgency. I was ready for it to pay off with an at least partially upbeat ending, but the one it provided stressed many of the aspects of the show I didn’t like, and downplayed  many of the things that had always captivated me.

To me, BSG was at its best when focusing on political issues, the hard choices of government and leadership, the question of what-is-human, the camaraderie of military service in war time, and the ethics of what is acceptable behavior in the pursuit of survival. The series finale provided plenty of that for its first half, maneuvering all of the characters into position for a big final mission, providing plenty of action and excitement. The show’s best moments came in that stretch, in particular during a memorable, perfectly played discussion between Lee Adama (Jamie Bamber) and Dr. Gaius Baltar (James Callis), and a great, great scene wherein President Roslin (Mary McDonnell) says goodbye to Dr. Cottle (Donnelly Rhodes). These scenes exemplify what I liked best about the show — the tough questions of leadership, of personal responsibility, and the deep  friendships engendered by desperate situations. It didn’t even matter to me that the mission itself — rescuing the hybrid child Hera from the evil cylons — totally didn’t do anything for me. Let that be a MacGuffin, motivating the conflict; no problem!

The series lost its way for me, at times, during its soap opera relationship business, but more so when it strayed too far into fantasy territory: fates, prophecies, and spiritualism. At times the religious angles were fine; a science fiction show entertaining questions of  science versus religion is all well and good in my book. Certainly Baltar’s disingenuous pose as a movement-leading Christ figure late in the run was often worth the price of admission, if only for his  facial expressions. (Of all the characters on the show, Callis’ brilliant Baltar is the one I’ll miss the most, despite nearly a season-plus of tiresome Six flashbacks. His unwavering, yet constantly evolving, self-centeredness is truly a thing to behold.)

Alas, the second half of the finale, and basically the final, resonating notes of Battlestar Galactica, emphasized these flaky aspects of the show, in particular the show’s strong but until now highly ambiguous religious lore. In many ways, I think the finale was handcuffed by its lore, in fact, working way too hard to explain its many mysterious loose ends — such as the shared dreams in the opera house, and the godawful Jimi Hendrix music business (by far the series’ most execrable and inexcusable decision). I would have much preferred a more open-ended resolution to these mysteries, leaving something to the interpretation. But the latter half of the final episode comes down squarely on the side of the supernatural, the divine, the otherworldly.  I mean, it’s one thing to tell us our favorite characters are cylons…but angels?  WTF?

Even more upsetting, the ending comes down squarely against science and technology, implying all humanity’s problems were caused by science and technology, as opposed to the beliefs and motives of the people misapplying it. Which isn’t to argue that science and technology don’t have their drawbacks, obviously, but is this the message we want science fiction telling us? I’d like to think there’s more hope for reason and knowledge and progress than that. That blatant subtext, leaving most secular thought out in the cold, depressed me more than the fates of any of the characters. (And don’t get me started on the present-day “coda”…I’m trying to pretend it never happened.)

Anyway, alas, the finale disappointed me on many levels, and left a sour taste in my mouth on a few. And yet, on the other hand, it did manage to do what a good finale should — say goodbye to itself. I’m still going to miss the show, and its difficult subject matter, and its talented cast and solid production values and strong stories, and its memorable characters (especially Baltar, Roslin, Tigh, and — weirdly — Cottle). For a while there, anyway, it was one of the best things on TV. So says me, anyway! 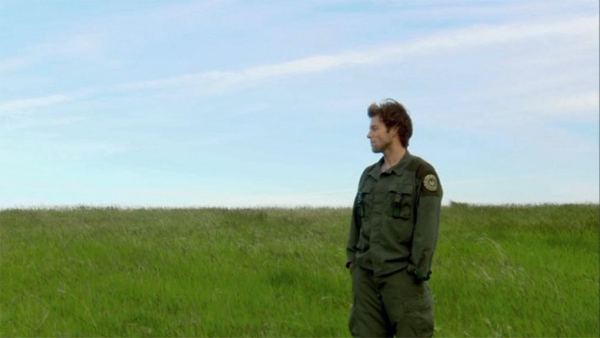