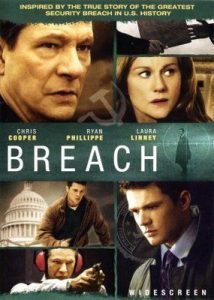 Sometimes the source material for films about historical figures can handcuff them dramatically — truth stranger than fiction, perhaps, but not as structurally satisfying. Breach (2007) isn’t exactly a biopic, but it is based on the true story of notorious FBI spy Robert Hanssen. By focusing on the case that brought him to justice, rather than the entirety of his life, it avoids the usual pitfalls of biopics while still delivering the interesting insights into its central figure that biopics demand. It’s also a cracking good, authentic espionage yarn.

The story opens when young FBI recruit Eric O’Neill (Ryan Phillipe) is pulled off terrorist surveillance by hard-nosed agent Kate Burroughs (Laura Linney) for a special assignment. O’Neill is to become the assistant for an old FBI hand, Robert Hanssen (Chris Cooper), in the establishment of a new department ensuring the IT infrastructure of the Bureau. Hanssen is under suspicion for sexual deviance and Burroughs wants O’Neill to watch and report on his every move. But it quickly becomes clear that something much bigger is going on, and that O’Neill has become a major part of it.

The mystery here isn’t so much “what did Hanssen do?” as it is “why did he do it, and how did they catch him?”  I thought the film succeeded brilliantly in answering both questions. Central to the appeal of the film is Cooper’s brilliant performance as Hanssen, bringing the notorious spy vividly to life. Patriotic, cantankerous, religious, smart, slimy, and formidable, Cooper is unforgettable in the feature role.  Crucially, the script provides him every opportunity to elicit a fascinating psychological portrait of this complicated traitor, which is essential to understanding his motives. As for the “how” of the case, it’s a subtly unfolding mystery that quickly accelerates into a suspenseful operation of realistic intelligence-gathering, and quite satisfying in its own right, perfectly clocked and well produced. The acting is quite strong at all key points, with Phillipe and Linney both very effective, and able support coming from an impressive supporting cast that includes Gary Cole, Caroline Dhavernas, Dennis Haysbert, and Kathleen Quinlan. It’s definitely worth checking out, especially if you’re a fan of this kind of story. 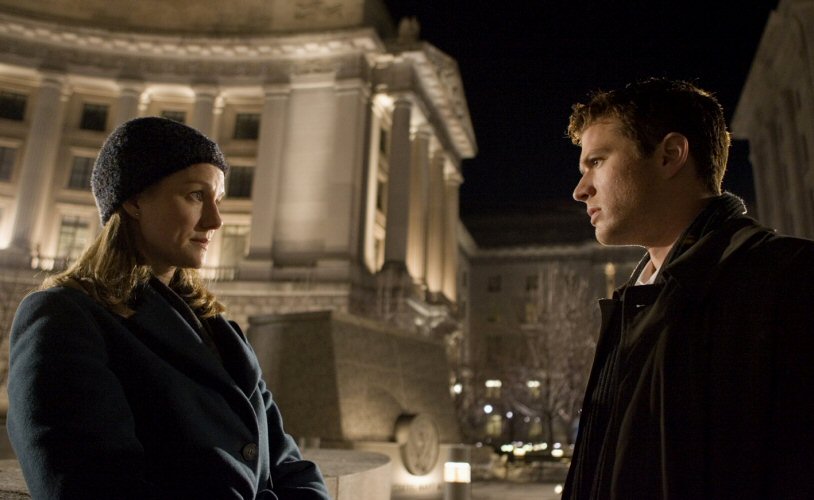