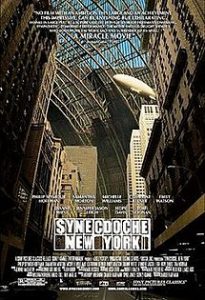 I caught up with Charlie Kaufman’s Synecdoche, New York (2008) over the weekend. It’s one of those movies I’m glad I saw, but I don’t think I’d ever want to see again. This is pure, unadulterated Kaufman, meta beyond meta, clever and inventive and amusing, but also dark, dark, dark, so dark that I’m not even sure my 20-year-old self would have truly enjoyed it. And that’s saying something!

Synecdoche stars the always impressive Philip Seymour Hoffman as Caden Cotard — essentially the Kaufman viewpoint character — a theater director whose marriage to a famous painter (the wonderful Catherine Keener) is falling apart. Cotard’s life takes a dramatic turn when he wins a huge grant to put on a stage production in New York City. The production, staged in an immense, abandoned warehouse, becomes an obsessive metaphor for life itself, as Cotard essentially builds an enormous mock-up of the real world within his theater world, hiring  actors to portray the play’s staffers, and micromanaging the huge cast through day-to-day scenes that reflect his bleak worldview…and meanwhile never quite opening the show to public.

It’s a difficult film to describe, and sadly, also kind of difficult to like — which isn’t to say I didn’t appreciate it, or that it isn’t effective. Kaufman manages to pull out of this complicated scenario well rendered messages on life’s struggles and the difficulties of expressing them through art, and the film is filled with the kind of random weirdnesses and amusing conversations for which he’s known. But aside for some hopeful, stirring moments late in the film, the tone is relentlessly bleak and somber, awful thing after awful thing happening to the characters, which after awhile just starts to feel like self-indulgent wallowing. To be fair, Kaufman is clearly aware of this, and basically confronts the problem directly, but only to say that he doesn’t really give a shit what we think. Which is all fine and interesting, but doesn’t exactly ameliorate the issue.

This one’s definitely a mixed bag, for me — conceptually fascinating, clever, and mostly engrossing, with a fantastic cast (including great support from Samantha Morton), but also needlessly depressing  and perhaps a bit self important, and maybe ten minutes or so too long. Suffice it to say, particularly if you’re into Kaufman this one is worth a look, even if it’s not always pleasant viewing. 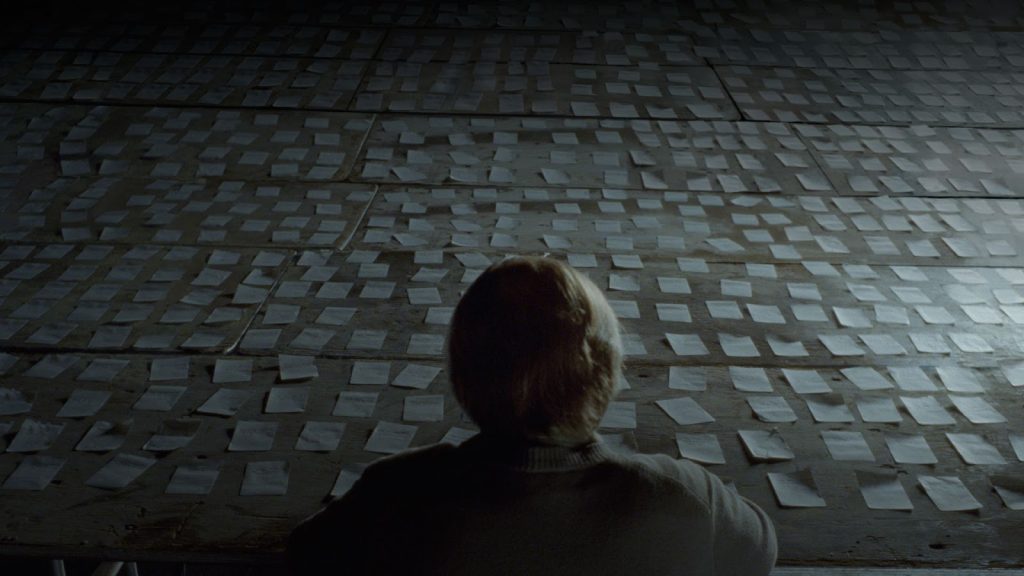 Another Hockey Season in the Books