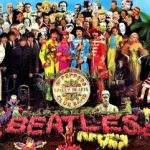 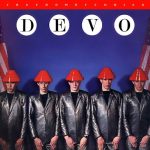 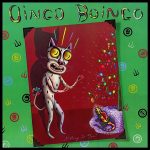 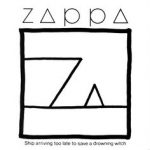 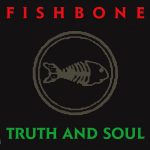 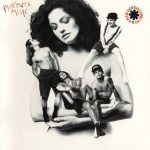 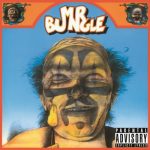 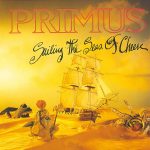 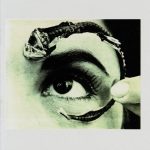 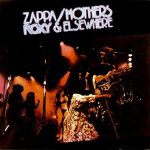 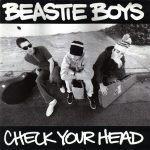 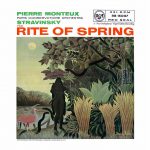 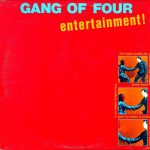 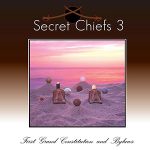 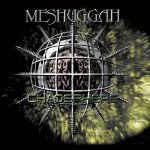 I’m probably several months (maybe even years) late on this meme, but oh well. Besides, I haven’t written nearly as much about music as I’d thought I would when I started this blog. Anyway, here are fifteen formative albums, roughly in the order I discovered them:

1.  Sgt. Pepper’s Lonely Hearts Club Band, The Beatles, 1967. Okay, not a very original pick…but hey. I grew up in a family of classical musicians, and when I was a kid this was the only rock album they owned. (Except for some Rolling Stones album, but I’m just going to pretend that didn’t exist.) At the time, I think I seized on Sgt. Pepper’s because it was a not-classical album, but I think in some way it must have led me, however indirectly, toward the weird, highly produced stuff I listen to now.

2.  Freedom of Choice, Devo, 1980. “Whip It” was the first single I ever bought, and I’m guessing Freedom of Choice was the first album. This band kind of jumped the shark in the late eighties, but at its best Devo — with its robotic beats, heavy innovative synthesizers, and underrated songwriting — was far more inventive and influential than anyone gave them credit for. On the whole I think I prefer their 1981 follow-up New Traditionalists, but Freedom of Choice was definitely the gateway drug to my first ever favorite band.

3.  Nothing to Fear, Oingo Boingo, 1982. Boingo is probably known as “that New Wave band that was in all those movies” to most people, but I think these guys — led by the enigmatic Danny Elfman — were way ahead of their time. Mashing New Wave, funk, ska, reggae, and other influences together, Boingo pointed me at everything from Third Wave ska to punk to the Mr. Bungle school of heavily produced post-modernism to classic film scores. The influence of these guys is written all over the alternative music of the 1990s and 2000s.

4.  Ship Arriving Too Late to Save a Drowning Witch, Frank Zappa, 1982. I think this album found its way into our house because my brother and I were amused by “Valley Girl.” The twelve-year-old me didn’t guess that it was the B side, in particular the title track, that would stick with me over time. “Drowning Witch” features not one but two of my favorite Frank Zappa guitar solos — and he took a lot of guitar solos! — plus brilliant back-up from bassist Scott Thunes and drummer Chad Wackerman. Plus there’s “Envelopes,” which is one of the most complicated and weird songs anyone has ever written…and yet, I’ve heard it so many times now, its every crazy note seems inevitable. This one pointed me down the path of Zappa.

5.  Truth & Soul, Fishbone, 1988. I played the drums in a garage band in high school…until we needed a bassist, and a better drummer was available. I switched to bass basically because I could figure things out by ear. I’m not sure I fell in love with the bass until I heard John Norwood Fisher play the solo in “Bonin’ in the Boneyard.” That was my first “Holy Crap!” bass-listening moment.

6.  Mother’s Milk, Red Hot Chili Peppers, 1989. I almost hate to admit this now, since I can barely stomach the new Chili Peppers, but I can’t deny Mother’s Milk pretty much taught me how to play the bass. It was all downhill for me with these guys when Rick Rubin took over, but there will always be a special place in my heart for Flea. (And, for the record, in retrospect I still think Freaky Styley is their best.)

7.  Mr. Bungle (self-titled), 1991. When I first heard this album, I remember thinking with some frustration, “Sheesh, these guys never sustain their ideas.” A few listens later, I remember thinking with much approval, “Wow, these guys never sustain their ideas!” The first, much-imitated Bungle album threw in everything but the kitchen sink. It’s full of left turns, clashing styles, and constantly shifting meters, all with a demented evil carnival vibe. Highly influential stuff.

8.  Sailing the Seas of Cheese, Primus, 1991. I will never forget turning on the car radio while delivering pizzas one night just in time to hear Les Claypool’s bass solo in “Tommy the Cat.” Probably my second major “Holy Crap!” bass-listening moment — and also the moment I realized, “Hey — the bass is a percussion instrument!” For all that I love Les Claypool, nearly everything he’s done since this album (much of which I still really like) has been a bit too…unedited, rambly, maybe a bit indulgent. Seas of Cheese had that perfect balance of utterly extreme Primus musicianship and tight, controlled songwriting. I don’t think this band ever got it more right than “Jerry Was a Race Car Driver.”

9.  Disco Volante, Mr. Bungle, 1995. As much as I liked their first album, I really think Disco Volante is Mr. Bungle’s dark masterpiece, the pinnacle of their work. The first time I heard it, I was a bit disappointed it wasn’t similar to Mr. Bungle, and then of course I realized that was at least part of the point. This is a creepy album with mind-blowing musicianship, and unlike anything else. The tracks “Chemical Marriage,” “Carry Stress in Thy Jaw,” and “Ma Meeshka Mow Skwoz” never get old for me.

10.  Roxy & Elsewhere, Frank Zappa & the Mothers of Invention, 1974. In the mid-nineties I went on a serious All Zappa, All the Time kick. I think it was the Roxy album that hooked me. I was never a better bass player than when I was jamming in my apartment along with  “Cheepnis,” “Pygmy Twylyte,” and “Don’t You Ever Wash That Thing?” This is the album people that don’t like Zappa seem to like, and I think it definitely got me to listen to more of his stuff.

11.  Check Your Head, Beastie Boys, 1992. This is, simply, an awesome rap-funk album…but I include it mainly because it taught me a lesson. I thought the Beastie Boys were talentless radio sellouts, and then this album came along to defy my (highly uninformed, to be honest) impression of them. I think it opened my mind a little.

12.  Stravinsky’s Rite of Spring. Growing up surrounded by classical musicians, I kind of, well, refused to listen to classical music. At best, I took it for granted. But when the weird musicians I liked started citing classical influences, I decided to give it another chance, and Stravinsky really connected. This piece is really, really cool.

13.  Entertainment!, Gang of Four, 1980. I tend to prefer big, complicated, heavily produced studio albums. It took some doing, but Entertainment! — which is raw, spare, and really punk — convinced me that sometimes, even for me, less can be more. (I may have the timeline messed up on this one…I remember listening to this when I still owned my drumset.  Still remember bashing out these beats.)

14.  First Grand Constitution & Bylaws, Secret Chiefs 3, 1996. The first album by my favorite band ever: weird, clever, progressive mix of Middle Eastern melodies, metal guitars, techno beats, and more. Mr. Bungle’s Trey Spruance is the ringleader, and while I first thought this was a Bungle side project, it’s really a richer, more enduring group. They just keep getting better (see also Book M, Book of Horizons, and just about everything else they’ve done).

15.  Chaosphere, Meshuggah, 1998. The first time I heard this, I found it virtually unlistenable. This is progressive, extreme math-metal with impossible time signatures. I found it completely inaccessible…but kept listening. And then one day I deciphered this really heavy sequence in “Corridor of Chameleons” and sort of got it. For all the growling and guitars, Meshuggah is all about the drumming for me. Even as it hurts my ears, I can’t get enough of Tomas Haake bashing out metronomic quarter notes with one hand while the rest of his limbs are basically performing advanced calculus equations in several different meters simultaneously. He is not human!

There Is No Pile of Slush