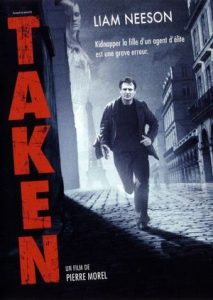 When I saw the trailer for Taken (2008), I thought, “Well, I don’t have to see that now. That was pretty much the whole movie.” But it had spies, and Liam Neeson, so I decided to give it a shot during the Newark-Manchester leg of our flight.  Hey, it was free. But, alas, I was right: if you’ve seen the trailer, you’ve seen the movie.

Bryan Mills (Neeson) is a retired CIA spook, who left the job to be closer to his teenage daughter Kim (Maggie Grace). (Everyone take note: if you’re a spy and your daughter’s name is Kim, she’s going to get in trouble. Know that going in.) When Mills’ catty ex-wife (Famke Janssen) browbeats Mills into allowing Kim to travel to Paris with a friend, his over-protective paranoia is swiftly justified. The naïve kids trust the wrong fellow at the airport, and in short order the kids are — that’s right — taken. Unfortunately for the kidnappers, Kim is on the phone with Mills when it happens, giving him just enough clues to kick off her rescue. Which…he carries out.

Yeah, that’s pretty much it: a simple thriller, not entirely unpromising in premise, given a thoroughly run-of-the-mill Hollywood execution. The script is so generic, it might have been generated by a machine, basically a framework on which to hang a bunch of technically adept but emotionally empty action sequences. Neeson is physically convincing as the hyper-efficient, retired spook on a personal mission, but his utter competence and professionalism quickly render the action suspenseless. The film makes it very clear that nobody can stop this guy, and guess what? Nobody does. So, now that I’ve told you that (in slightly more detail than the trailer did), you can go see a different movie. Aren’t I helpful? 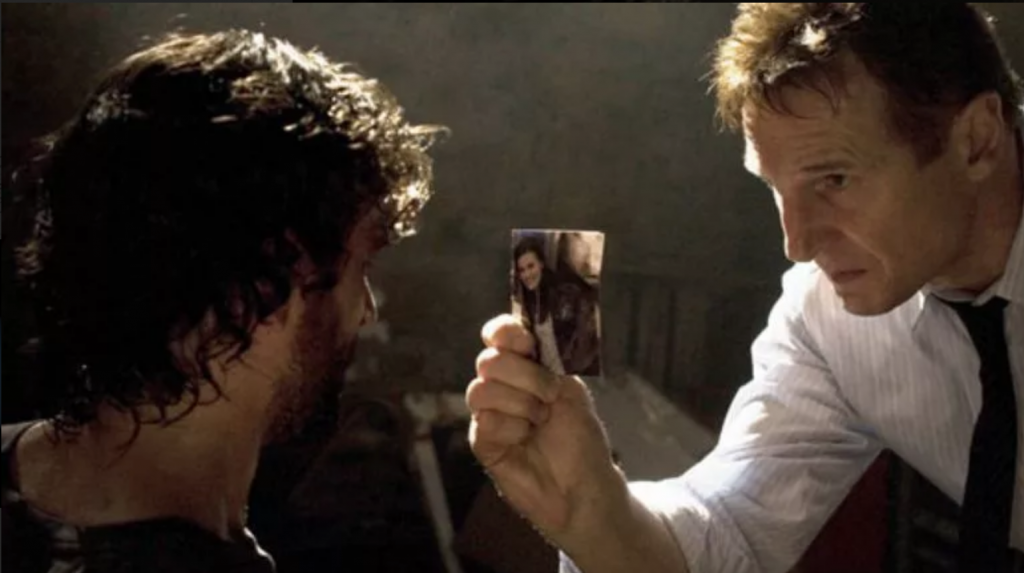