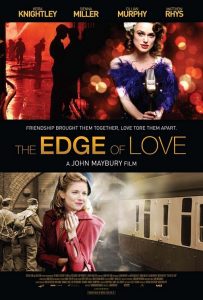 One benefit of seatback entertainment-on-demand on a long flight: with all that time to kill, you can take a chance on something you might not normally spend time on. I picked The Edge of Love (2008) because, although it looked a bit heavy on the romance (not my favorite genre), it seemed to contain elements I might like: a historical drama with a biopic angle, set during World War II — and, as a kicker, plenty of eye candy in the cast. What could go wrong?

Well, it could be frightfully boring. It seems that, long in the film’s past, poet Dylan Thomas (Matthew Rhys) had a passionate affair with singer Vera (Keira Knightley). They meet years later during the Blitz, but now Dylan is married to the sassy Caitlin (Sienna Miller) and also has a son. Dylan and Vera aren’t quite over each other, a fact that quickly becomes an open secret among the three of them. But when Vera and Caitlin hit it off as friends, they all move in together, openly acknowledging the love triangle. Meanwhile, Vera resists the advances of handsome young officer William (Cillian Murphy), until finally she briefly gives up on her love for Dylan and submits. Then there’s a whirlwind romance, a marriage, a boy is shipped off to war, there are hard times, and an affair, and so forth.

You get the idea. If you haven’t seen this movie, you’ve probably seen one like it: tortured romance, unrequited love, longing glances, beautiful women falling all over the wrong guys, affairs, striking young men transformed and haunted by their war experiences, arrogant artistes acting like entitled jackasses, etc. It’s not badly executed, it’s just not very interesting. The acting is nicely done, generally; Miller is particularly charming, and Murphy has strong moments. It also has a rather nice final scene. But in the end, other movies have done The Edge of Love, better. 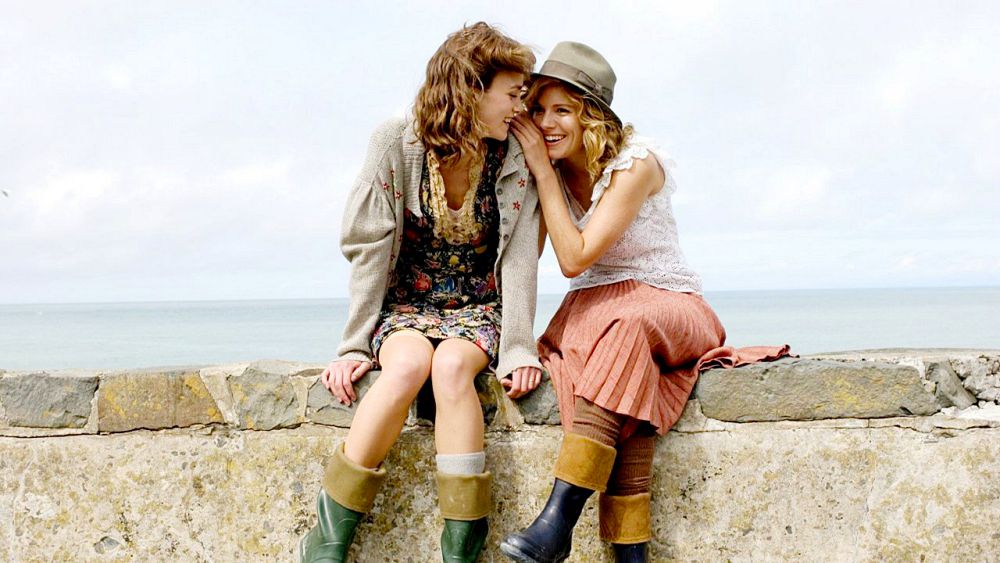