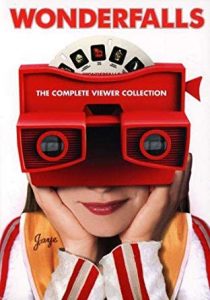 The magnificent Wonderfalls (2004) has the odd distinction of being a died-before-its-time TV gem that I don’t have to feel guilty about for having killed. Fox gave this one a measly four episodes before pulling the plug, barely enough time to learn of its existence! Fortunately, they actually shot fifteen episodes, which makes for a worthwhile DVD collection. And that’s where I came in: I pretty much watched it over a weekend when I first got it a couple of years ago, and recently went around the horn a second time with Jenn.

Set in Niagara Falls, New York, Wonderfalls stars the adorably exasperated Caroline Dhavernas as Jaye Tyler, a bright but aimless twenty-something who works as a retail clerk for a gift shop, lives in a trailer park, and languishes in the shadow of her considerably more successful immediate family members. Her witty slacker existence is challenged when one day at work, a wax figurine begins speaking to her — more specifically, telling her to do things. This is just the first of a series of inanimate objects that begin dictating Jaye’s fate, and she quickly realizes that ignoring the toy animals’ cryptic directives can have harsh consequences. How the cosmic instructions will impact Jaye’s fate, color her relationships, and help her grow as a person, is an unpredictable, quirky, and funny ride.

Bryan Fuller has done a lot of great TV series — Dead Like Me, Heroes, Pushing Daisies — but I think this is the one that really hit the mark the most for me. Part of it is surely Dhavernas’ sheer charm, and on some level I think I relate to her character way too much, chiefly her sense of high expectations squelched, a sort of Gen-X cliché I suppose, but rendered amusingly and with real heart. Part of it is probably the western New York setting, which pushes my nostalgia buttons (and the show pretty much gets the look and feel of western New York right — I think it was shot in Toronto, which probably helped). It also has the quick pacing and quirky, upbeat music that tends to make good comedies click. But in the end I think it’s just the damn good writing — its simple, fantastical, premise, which lends itself to surprise after surprise, and plenty of comic confusion; its rapid-fire, quick-witted dialogue; its clever conceits and left turns and satisfying resolutions. It’s even got some pre-Daisies Lee Pace (in fine form as Jaye’s laconic, intellectual brother) and a nice string of Jewel Staite appearances late in the season, for all you Firefly fanatics.

Do yourself a favor and grab this box, or at least put it in your queue. Good stuff! (And did I mention the catchy Andy Partridge theme music?) 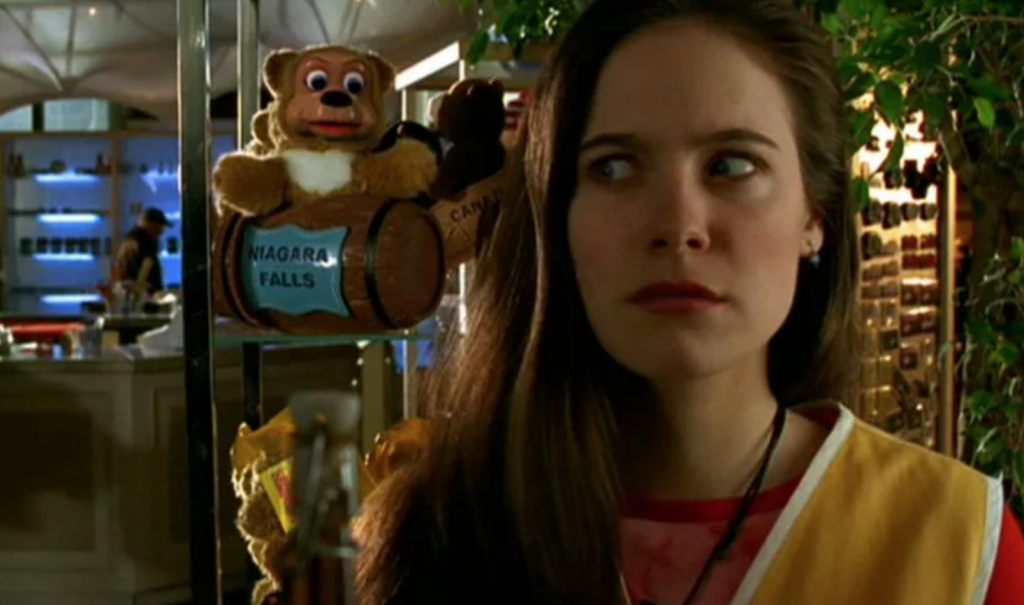