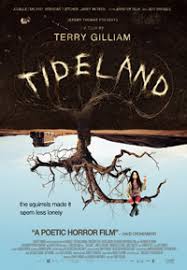 Sadly, Terry Gilliam’s body of work has steadily degraded since his madly inventive film Brazil came out in 1985. There’s been a lot to like in some of his subsequent films, most notably The Fisher King and Twelve Monkeys, but to me he’s never surpassed the vision of his complex, imaginative masterpiece involving high fantasy, low bureaucracy, and ductwork. Brazil is my favorite film ever. On some level, I think everything he’s done since is bound to suffer in comparison, for me at least.

So I went into his curious film Tideland (2005) with some trepidation. It opens with a weirdly apologetic intro from Gilliam, during which the theme is rather baldly explained, before launching into a movie that is ultimately not very appealing, but is in some ways rather interesting.

The film involves a young girl named Jeliza-Rose (Jodelle Ferland), who lives in a shockingly inappropriate household under the unfortunate guardianship of her parents, a junkie rock-‘n’-roller (Jeff Bridges) and a recovering addict (Jennifer Tilly). When mom dies, dad convinces the daughter that they’re off on an adventure, but leads them ultimately to a condemned house in the middle of nowhere, where he checks out on heroin. Left to her own devices, Jeliza-Rose explores her house and the surrounding areas, showing childlike resilience and imagination in the face of bleak, bleak circumstances.

Although there’s a certain intrigue in the opening of the film, I found the pacing sluggish as it moved along, and my mind really started to wander, particularly later in the film when Jeliza-Rose befriends strange neighbors Janet McTeer and Brendan Fletcher. It’s easy to see, though, why the material appealed to Gilliam, whose work has always betrayed a grim fascination with the seedy underbellies of his fictional worlds, even as the characters who inhabit them strive for wonderful, cheerier flights of fancy. Here, Jeliza-Rose serves — as the intro uncomfortably notifies us — as the Gilliam-figure, a child-like dreamer maneuvering herself bravely through a world of shit, and trying to make the best of it. Sounds a little like Gilliam’s film career, and you can see how this is a highly personal film for him, and why he would want to explain it.

Unfortunately, it’s just not that enjoyable a thing to watch. Despite some characteristic visual flourishes and some moments of sheer, Gilliamesque surprise, Tideland is a plodding film that perhaps belabors its point. Had I enjoyed the acting of Jodelle Ferland, I could see the film might have worked better, but alas I didn’t, and that may have been the death knell for it, in my book.  (Although, in some respects, her performance is much easier to watch than those of her adult counterparts — Jeff Bridges excluded, of course…that guy can do anything.) I suspect that, when Gilliam’s storied and inimitable film career is complete, Tideland will be examined with sympathy and interest by future film historians. But for the casual film-goer, I’m guessing it will mostly disappoint. 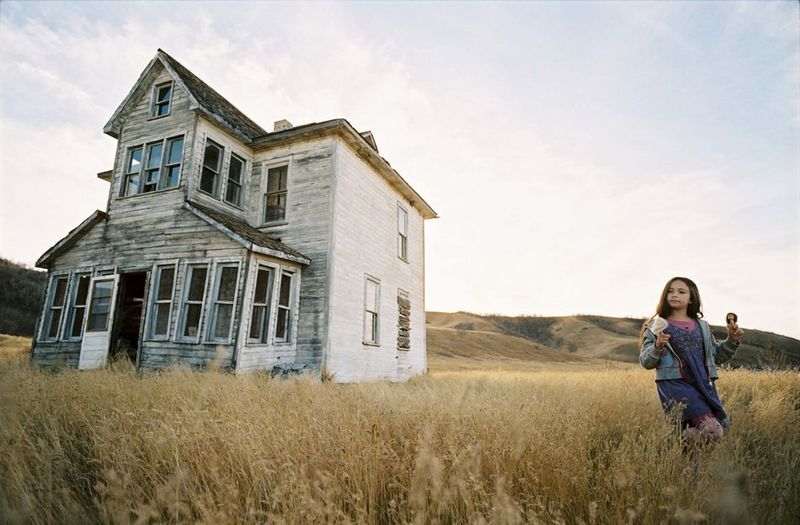