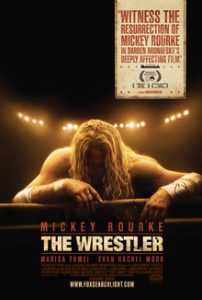 After suffering through The Fountain, I wasn’t all that excited about Darren Aronofsky’s follow-up, but the acting buzz was too big to ignore, so I decided I’d give The Wrestler (2008) a try. It’s the story of Randy “the Ram” Robinson (Mickey Rourke), an aging professional wrestler twenty years past his prime, now coasting on the remnants of his former glory and eking out a living on the east coast circuit. Years of physical abuse, from blows sustained in the ring to the dangerous cocktail of pharmaceuticals he uses to keep himself going, have him on the brink of collapse, and when events transpire to threaten the only career he’s ever known, Randy is forced to make some difficult decisions about his future.

Rourke is phenomenal in the lead role, as good as all the buzz would lead you to expect, and really acting is the primary strength of the film, as able support comes from Marisa Tomei (as “Cassidy,” a stripper and Randy’s semi-girlfriend) and Evan Rachel Wood (as his estranged daughter). The film-making is straight-forward and effective, and the script steers Randy through his journey deftly in a nicely laid out sequence of day-in-the-life scenes, punctuated by the film’s big events. That said, the story didn’t really deliver anything I wasn’t expecting; as the summary might indicate, this is a tragic tale of someone who loses everything he loves in the pursuit of his own selfish interest — or is it his passion?  It’s an intriguing film thematically, reminding me on some level of Boogie Nights, a movie that put nails into the coffin of a certain aspect of permissive, liberated ’70s behavior. The Wrestler does a similar number on a particular kind of selfish ’80s mindset, as symbolized by pro wrestling and unsubtle hair-metal, with Rourke as the aging man-boy unwilling to let go of his past. Like Boogie Nights, The Wrestler is nostalgic for its material and critical of it at the same time, food for thought about changing attitudes.

But, if my clumsy thematic musings don’t interest you, check out The Wrestler anyway. The film’s dark moments aren’t always easy to get through, but I think it’s worth it for its moving moments and impressive performances. 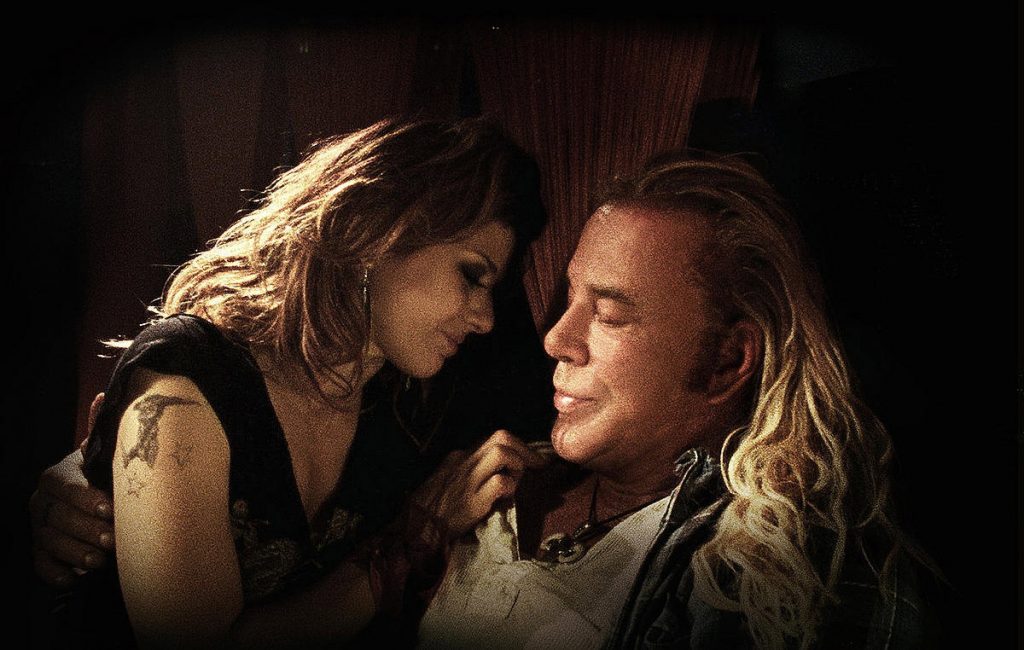