Film: Drag Me to Hell 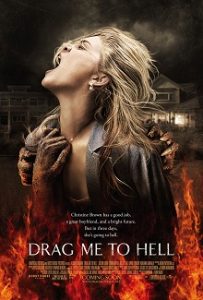 Yesterday morning was cold and overcast (a true rarity in southern California!) so it felt like a good day for Drag Me to Hell (2009), the recent Sam Raimi chiller that looked like a “return to roots” project with an old-fashioned creepy feature vibe.

The story follows a bank loan officer, Christine Brown (Alison Lohman),  a young woman struggling for respect both at home and at work, where she denies a mortgage extension to a creepy old woman. The woman responds by placing a curse on Christine, and what follows is a gruesome and thoroughly predictable shockfest, as she’s tormented and terrorized by vicious evil spirits that want to…well, see the title.

The horror movie genre is one that I always tend to go into with lowered expectations, so it never ceases to amaze me that, despite that, they still disappoint me. The best thing I can say about Drag Me to Hell is that it’s the kind of movie I’d have loved to see if it had been made by Alfred Hitchcock in, say, 1961.  Indeed, the film opens with an old-school film-making feel that I found winning in the early-going, but subsequent sequences stomp all over that refreshing vibe, as the sight gags (and I use the word “gags” literally) and familiar gorey gross-out effects push the film into Comically Stupid territory. Lohman gamely does everything the script asks of her, and the acting is generally well done, but ultimately this one was another horror dud for me — never truly scary or even interesting, and not entirely certain whether to take itself seriously. Not bad enough to be truly good, this one might be an enjoyable diversion if you’re predisposed to this kind of thing, but for me it was a pretty forgettable piece of business. 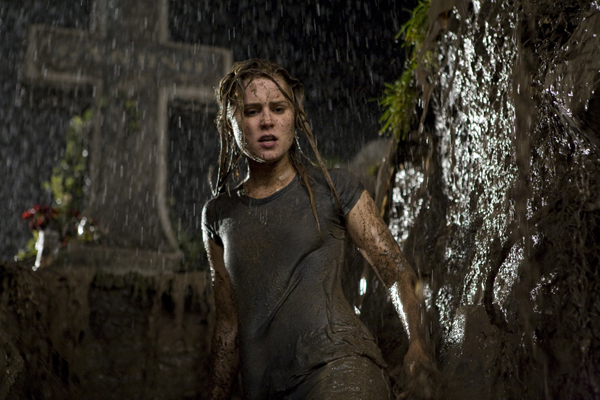