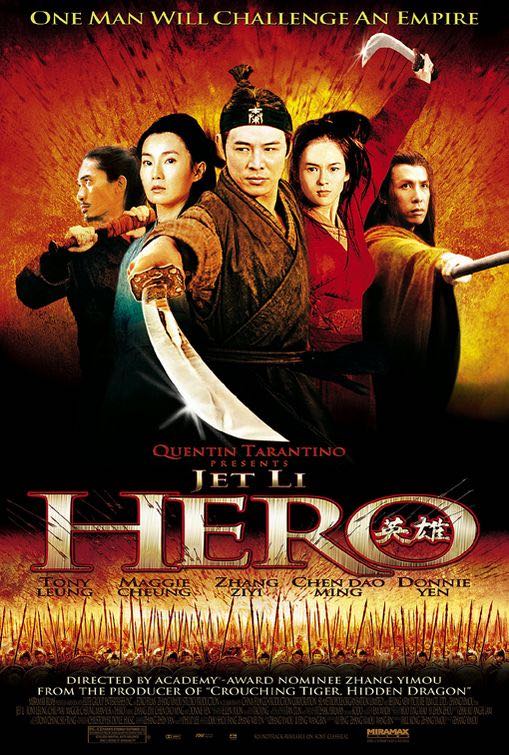 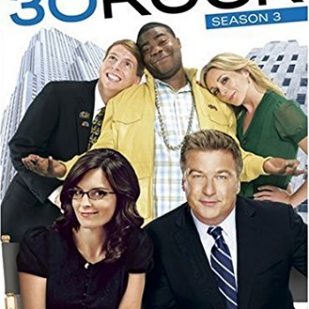 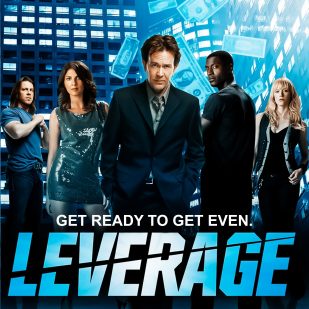 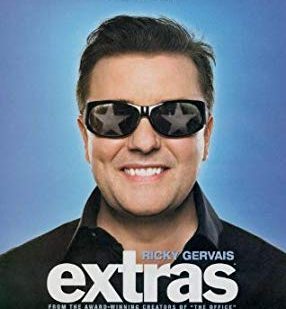 A few brief viewing notes from the past week or so: I meant to write up a full review of the film Hero (2002) when I watched it last weekend, but the trip swept in I never managed to finish it. It’s a spectacular film, an exciting martial arts epic with Jet Li and Maggie Cheung about the birth of China, with incredible visuals (the use of color is particularly striking) and rousing action sequences. Not having seen it in the theater, I’m very glad I at least got to see this on Blu-ray; that extra level of definition really pays off for movies like this one. Highly recommended.

While we were on our holiday trip, Jenn and I caught up with and finished off season three of 30 Rock. I didn’t find it as strong as season two, but it’s still a fun show, and I really like Tina Fey.

We also watched a bunch of episodes of Leverage from season one, a series that’s really growing on me. While at first I found the premise conspicuously derivative, I like how Leverage is working character and comedy into its mission/heist mix. I particularly like Aldis Hodge and Christian Kane here, but the entire cast is solid. I’ll probably hang around for this one.

Finally, during the longer legs of our flight out and back, I finally watched season two of Ricky Gervais’ Extras on my laptop. In this one, Gervais (of the original BBC series The Office) creates another bleak, behavior-based comedy of awkward situations, this time about a struggling actor (Gervais) who works his way into the acting business doing background work before finally landing a speaking role. Gervais’ sense of humor won’t work for everybody, but it really connects with me. Stephen Merchant is particularly funny as Gervais’ incompetent agent, and there are some hilarious celebrity cameos from Daniel Radcliffe and Ian McKellen, among others.