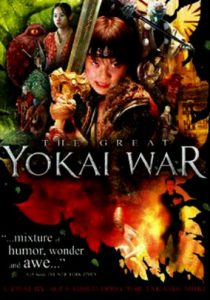 I spent the first day of 2010 nesting on the couch with a sore throat and mild fever, and decided that was a great excuse to move my Netflix queue along. (Feeling better now, though!)

The film in question turned out to be The Great Yokai War (2005), a highly inventive and deeply strange fantasy adventure from Japan about a young boy named Tadashi (Ryûnosuke Kamiki) who, after his parents’ divorce, is forced to live in the country with his mother and senile grandfather. At a village festival, Tadashi is selected as the community “Kirin Rider,” destined to preserve peace and prosperity for his village. This leads to a challenging adventure as he’s gradually lured into a fantasy world populated by odd spirit creatures (yokai) both good and evil, and thrust into a position to defend Tokyo from an overlord who’s been transforming the yokai into vengeful machine mercenaries, bent on destruction.

I found it in many ways a wonderful film: colorful, creative, constantly surprising, and frequently bizarre. The story is mostly engaging, it’s never uninteresting, and it has a distinct and highly odd sense of humor. The special effects — an unusual combination of CGI, puppetry, stop-motion animation, and costumery — provide a constant stream of visual surprises.

On the other hand, the pacing is all over the map, the story is cluttered with weird, random subplots, and the climactic moment is way out of left field (as Jenn put it, a “beans ex machina” — yeah, you heard me, beans). And its tonal shifts are hard to keep up with, as it morphs from creepy horror to slapstick farce, from high fantasy to dramatic allegory, and more. So even as I was enjoying the cinematic artistry and utter strangeness of it all, I found myself frequently frustrated, and for all its playfulness throughout, it resolves in a dispiritingly downcast way.

For all my complaints, though, I’ve never seen anything quite like The Great Yokai War, a truly one-of-a-kind kludge of creativity. On those grounds, I think it’s totally worth watching, a unique viewing experience. 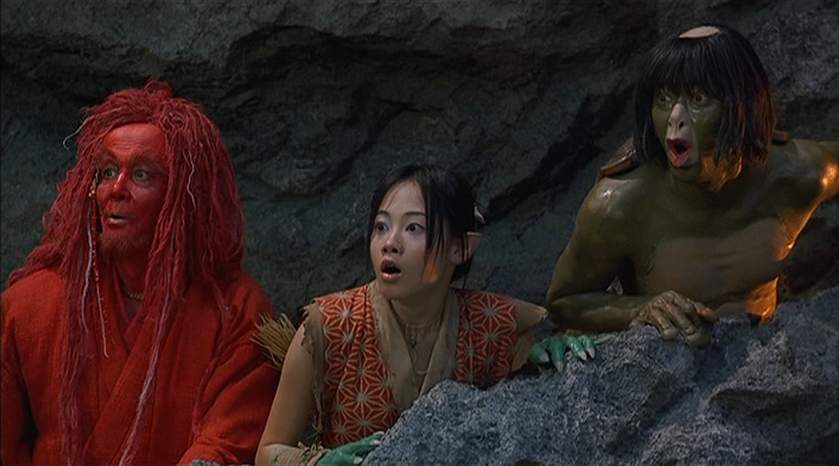