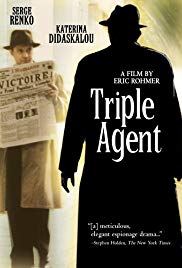 A subtle, dialogue-driven mystery, director Eric Rohmer’s Triple Agent (2004) is a somewhat ponderous, confusing slog. Set in Paris in the mid-thirties, the story milks the complicated political landscape of its era for all it’s worth, in a tale of an exiled Russian officer named Fiodor (Serge Renko) and his Greek wife Arsinoé (Katerina Didaskalou). Fiodor has a supposedly legitimate job at a Russian veterans’ union, but as the story progresses, Arsinoé begins to suspect that his travels and work are a cover for espionage dealings. But who is he spying for? The Russians? The Germans?

Following the film requires a fairly comprehensive knowledge of twentieth century European history: French government, the factions of the Spanish Civil War, and the white/red divide of the communist revolution in Russia are all discussed in great detail, among other things. The film also requires patience, as Fiodor’s duplicity (or triplicity?) emerges over the course of numerous scenes of extended conversation, often among polyglots in multiple languages. I’ve got a pretty good grasp of the history and a fair amount of patience, but evidently not enough of either to really appreciate this one. Rohmer attempts to help things along with occasional interludes of newsreel footage, which at least helps to tie the mystery in to a significant historical event, and he adds an expository epilogue, but neither of these devices really succeed in rendering the proceedings any less murky. Of course, in spy films, murkiness is often the point, but I found this one’s plot machinations too subdued and buried to enjoy. 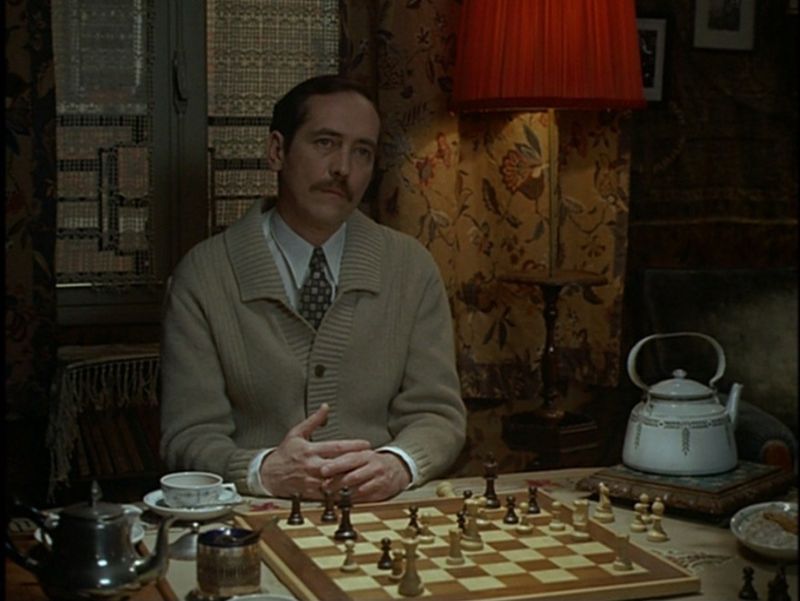