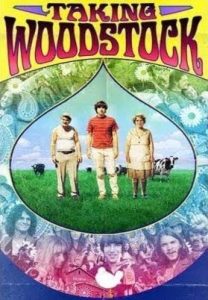 Ang Lee is an interesting enough director that I’ll often check out his movies even when they’re about things I’m not terribly interested in…like, well, 1960s counterculture. Taking Woodstock (2009) takes us to upstate New York in 1969, where Elliott (Demetri Martin) has retreated for the summer from his failing NYC design business to help his parents (Imelda Staunton and Henry Goodman) with their struggling motel. Things look bleak for the family until news of the Woodstock concert finds its way onto Elliott’s radar, and he sees a once-in-a-lifetime opportunity to get in on the ground floor and save his family’s financial neck. The sleepy run-down motel quickly becomes a bustling nerve center for the event organization, putting all kinds of new stresses on Elliott, who also begins to find himself during the course of the legendary concert.

Unfortunately, aside from effectively recreating Woodstock (or at least its fringes), Taking Woodstock doesn’t really accomplish all that much. If it’s a comedy, it’s not terribly funny; if it’s a drama, it’s not all that powerful. Like Lee’s The Ice Storm, it seems to have a dual focus: to both nostalgically celebrate and cynically deconstruct a bygone era. It manages to do both, but in a kind of humdrum, middling way that is rife with clichéd plot elements and familiar visual ingredients for this kind of period piece: spacy philosophy, reactionary hicks, LSD hallucinations, wacky Bohemian performance artists, shellshocked Viet Nam vets, dope-smoking hijinks, affected hippie nudity. It’s pretty much all been done before. Martin has a kind of wooden likeability, but neither his acting nor his character are strong enough to help this coming-of-age tale rise above its surface as an attractive, low key, and predictable fusion of light comedy and mild drama. 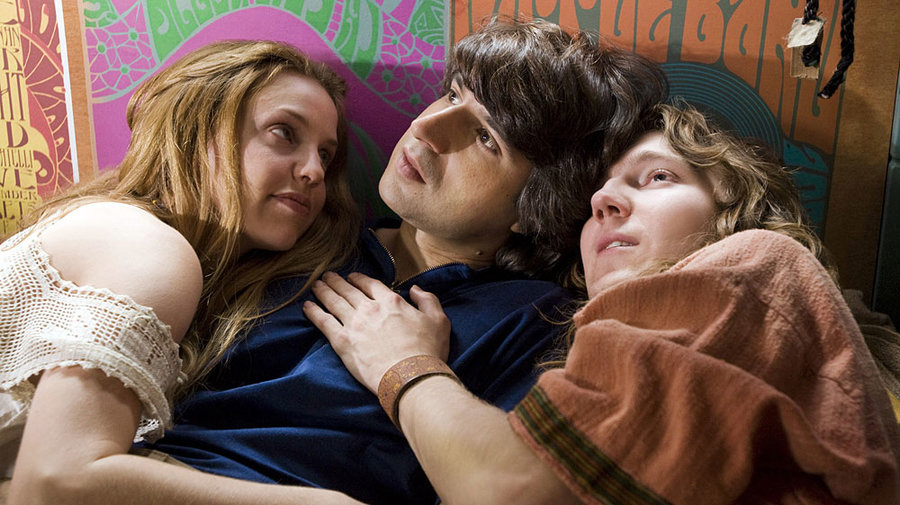