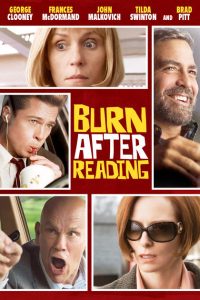 I reviewed Burn After Reading (2008) here at the site just over a year ago. But in the true spirit of the enterprise — in other words, because I’m kind of an obsessive geek — I just watched it again for Spy 100.

My previous review didn’t include a synopsis, so briefly: the story kicks off when a self-important CIA analyst named Osbourne Cox (John Malkovich) gets run out of the service and quits in a huff.  He writes a memoir of his work experience, the text of which finds its way onto a CD, thanks to his dissatisfied, divorce-seeking wife (Tilda Swinton). When the CD is mistakenly left in the locker room of a gym, it falls into the wrong hands: those of shallow, aging physical trainer Linda Litzke (Frances McDormand), and her young, even simpler pal Chad (Brad Pitt). Chad is just smart enough to identify the material as sensitive — but not much else — so he entices Linda to contact Cox about returning the disc for a “reward.” Linda, desperate for a series of cosmetic surgeries her insurance refuses to cover, ultimately agrees to play along. Tied into everything is Treasury man Harry Pfarrer (George Clooney), a philandering idiot whose slowly mounting paranoia helps Linda’s scheme escalate into accidental blackmail, leaving the intelligence world bureaucrats scratching their heads trying to follow the mess.

I think my original review still covers most of the bases. Burn After Reading does an exceptional job both replicating and satirizing the tropes, plot points, atmosphere, and action of the paranoid spy thriller. If anything, I found it even funnier on a second viewing — steeped in the genre as this project has made me, the quirky jokes and sight gags of the film seemed even more spot-on than I remembered. One thing I failed to mention in the first review was the powerfully sad performance of Richard Jenkins (who plays Linda’s boss at the gym). And I was less unhappy with the ending this time around. Other than that, my impression didn’t change much, and I felt it was well worth a second look. 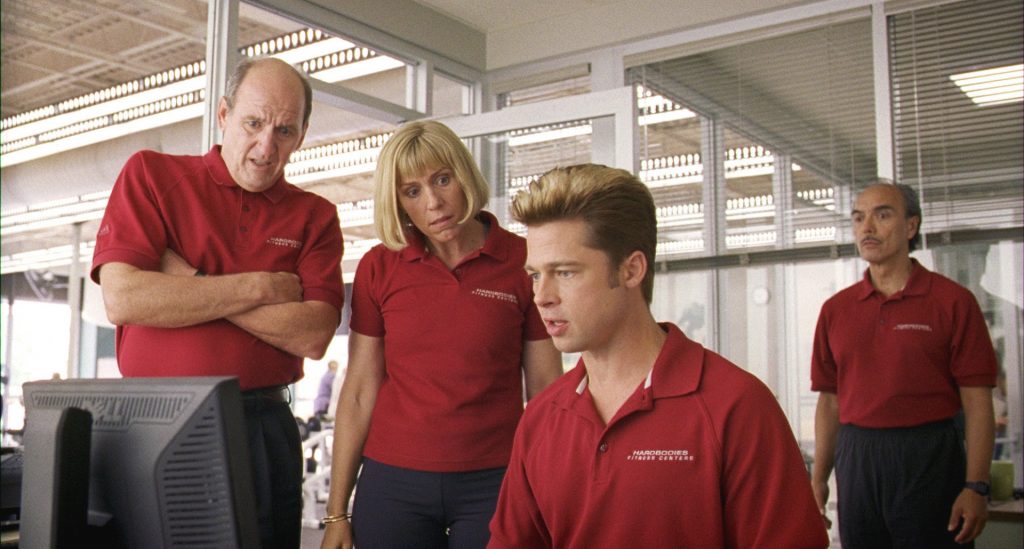