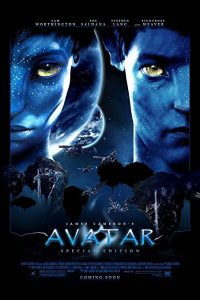 I have to admit I resisted seeing Avatar (2009) for a long time. I have a general aversion to mega-blockbusters, which so often put spectacle ahead of story, and I’m pretty sure I was also just being too cool for school; with so many people adoring the film, I was sure I would hate it. Don’t drink the (blue) Kool-Aid!

Yesterday I finally saw it, though, and while I certainly found it impressive, I also feel vindicated in my resistance. It’s the story of a disabled Marine named Jake Sully (Sam Worthington), who journeys to the distant world of Pandora, a dangerous, unspoiled planet rich in an incredibly valuable element called “unobtainium.” (Groan…) Consequently, various human forces have set up shop on Pandora, represented by the not insignificantly named Parker Selfridge (Giovanni Ribisi), a callous corporate type with his eye on the bottom line; destructive mercenary Colonel Miles Quatrich (Stephen Lang), who leads the military contingent in charge of facilitating the operation; and the cantankerous Dr. Grace Augustine (Sigourney Weaver), who heads the scientific group. The chief problem for the humans is the indigenous population, a humanoid species called the Na’vi. In an attempt to broker peace, the scientific contingent has begun an avatar program — creating half-human, half-Na’vi bodies that the scientists remotely inhabit in order to interact with the locals, learn their ways, and hopefully negotiate a peaceful solution to hostilities. Sully, whose brother’s death led to his recruitment for the project (their identical genetic makeup enables Sully to link with his brother’s avatar), finds himself assigned to the science team. Of course, Quatrich seizes on Sully’s military sense of duty to recruit him for an intelligence assignment: gather the information that will enable the military group to forcibly remove the Na’vi from their home, the Tree of Souls, which is centered over the planet’s richest deposit of unobtainium. By the time Sully has been accepted into the Na’vi tribe, fallen in love with the beautiful Na’vi who welcomed him (Neytiri, played by Zoe Saldana), and discovered a deep appreciation for the aliens’ ways, it’s too late to prevent the war he’s helped foment. Can Sully redeem himself and save the Na’vi?

Avatar is a striking visual achievement, there’s no arguing that. Pandora is a breathtakingly realized setting, the CGI blends seamlessly with the live action, and there are skiffy eyeball kicks galore. (We saw the 3D version, and the film lends itself well to that medium, although I doubt the 2D version suffers in comparison.) The action sequences are gripping and well rendered. And the movie is generally well acted across the board, with Weaver standing out as the steely scientist.  In addition, its strong environmental theme and anti-war messages, while a bit heavy-handed, are confidently realized.

So, it’s definitely got a lot going for it, and I can see why it’s a crowd-pleaser…but I wasn’t entirely won over. My initial concern, that the story would suffer for the sheer visual feast of it all, is somewhat justified. The plot is totally pro forma, with all the requisite acts, turns, and complications, and for all the cinematic surprises, there isn’t a real story surprise to be had. In order to hit all its marks, from time to time the script kind of shoehorns in illogical character decisions to advance things in the needed directions. Why does Sully agree to help the military, and then act surprised when they use his information? What makes him so special that the Na’vi accept him over anybody else? The film tries to justify these turns, but mainly the answer is usually: because the plot needs this to happen.

I also found the film frustrating as a work of science fiction. It works very hard to be believable SF in some ways (convincing tech, legitimate scientific concepts, even the detail of having the planet’s atmosphere be unbreathable by humans) but then undercuts that credibility with implausibilities (floating mountains, largely unconvincing physics, transmission-blocking energies that somehow don’t impact remote avatar control, etc.). The film falls in love a bit much with what it can accomplish technically, at the expense of plausibility. Had it been a straight-up science fantasy, I wouldn’t have been bothered, but it feels so much like hard SF at times that the more fantastical elements — and some of the spiritualism and “chosen one” plot mechanics, for that matter — all seem jarring.

There is something to be said, of course, for a film that gives you this much food for thought, and Avatar doesn’t want for important ideas and messages, and generally does an effective job of conveying them in a highly entertaining manner. I certainly didn’t hate the film, and as a groundbreaking technical achievement, it may be unsurpassed. But in the end, to me it’s a good but imperfect film that deftly camouflages its flaws with movie-magic razzle-dazzle. 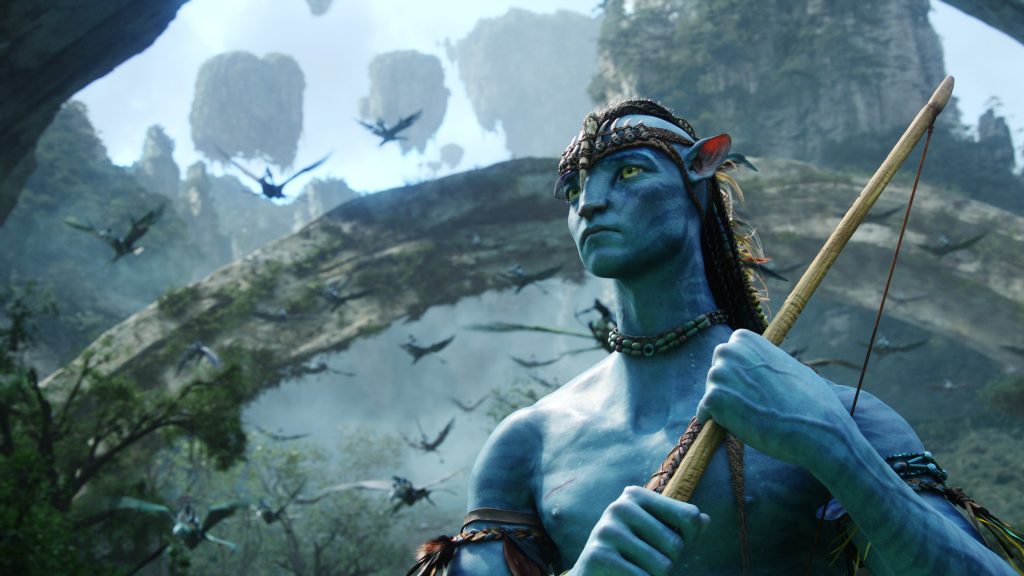 March Fiction at Futurismic: “Tupac Shakur and the End of the World” by Sandra McDonald