Film: Up in the Air 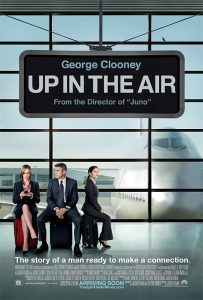 Up in the Air (2009) is an engaging and timely blend of comedy and drama, with a solid grasp on the American zeitgeist of the Great Recession. George Clooney stars as Ryan Bingham, a deliberately disconnected hatchet man for an Omaha downsizing firm. Bingham isn’t just commitment-phobic; he has actually built a philosophy around his gleefully rootless existence. In keeping with his preference for fleeting encounters, traveling light, and staying on the move, Bingham’s job is to travel the country firing people, doing the dirty-work for companies too spineless to do it themselves. But his life choice is challenged when a bright young employee new to the firm, Natalie Keener (Anna Kendrick), looks to revolutionize its methods by transitioning the downsizing process from face-to-face meetings to online teleconferencing. The threat of being confined to the Omaha office, combined with a chance-encounter, long-distance relationship with a kindred spirit named Alex Goran (Vera Farmiga), calls Bingham’s every life decision into question.

I wish mainstream Hollywood made more intelligent, thoughtful films like this one, funny without being stupid, serious without bludgeoning the audience with its messages. Well, almost; there are a couple of sequences of people getting interviewed that did feel a tad heavy-handed. But those scenes also effectively ground the film in the bleak reality of the current economic climate. It’s no wonder this film spoke to people.

There’s not a lot to complain about in this one. It’s a very well structured film, with smart dialogue, and the scenes never seem to overstay their welcome. The acting is first-rate, particularly from the three leads. Clooney is in fine form again here; he may have some of the best leading man charisma in the business right now, and he manages to make his cold, somewhat callous character likable and sympathetic. Kendrick and particularly Farmiga both bring flair and life to their well drawn characters. (I’ve only just started noticing Farmiga, but she’s been quite impressive in whatever she’s done.) A well made and entertaining film. 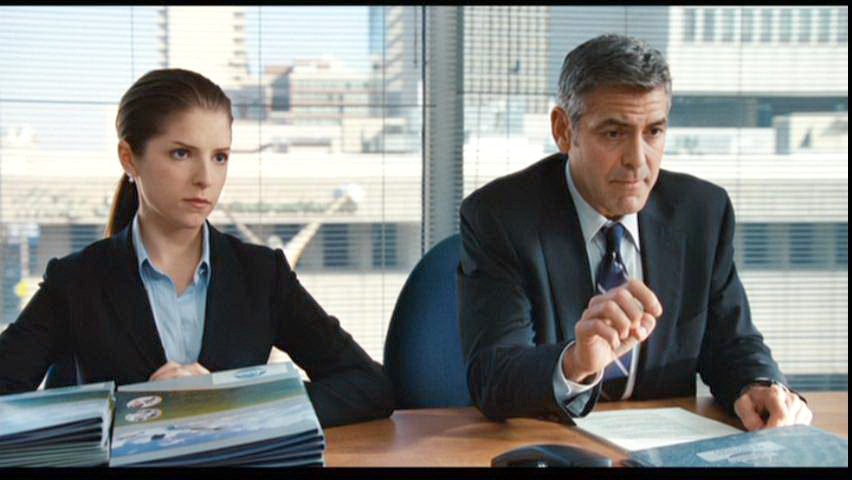