Film: The Invention of Lying 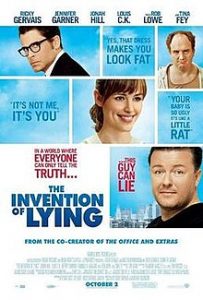 I’m usually a fan of Ricky Gervais, particularly for his writing and performing in the original The Office and in Extras, so in reviewing the clumsy, oddly unfunny The Invention of Lying (2009) I find myself eager to blame Hollywood for stamping its grubby little mitts all over a film that should have worked but really, really doesn’t.

The high-concept pitch is promising. Imagine a world where everybody always tells the truth. Then imagine that, for no reason in particular, one random person suddenly learns how to lie, and that person is Ricky Gervais. A surefire recipe for comedy, right? But this soufflé really falls apart in the oven. Mark Bellison (Gervais) starts the movie at the assed-out point, a struggling screenwriter whose career is in the tank. An awkward date with the woman of his dreams (a profoundly unsympathetic Jennifer Garner) only compounds his misery. But just when it looks like all is lost, he learns that by making shit up, he can become tremendously powerful, and bend the world to his will. In the country of the blind, the one-eyed man, et cetera. But will this bring him happiness?

Sorta. But it’s not likely to bring you much. The Invention of Lying feels like an extended sketch — more SNL than Python, alas — that plays its premise straight into the ground. It does so in a very odd way: listening to the dialogue, one gets the sense that it’s really not a bad script on paper, but something has gone horribly wrong in the execution. Gervais has a singular talent for awkward, dialogue-driven comedy, and his no-frills, stagy TV shows work best when performance and silence do the work. But Hollywood doesn’t work that way, and The Invention of Lying feels like adulterated Gervais: it’s got the hapless, uncomfortable protagonist and the witty dialogue, and a set-up that should be funny, but aspects of the production — in particular, the sappy soundtrack and formulaic story arc — gloss over its few strengths with manipulative big-screen conventions that take the film’s ridiculous world far too seriously. The result is a tone that is fatally muddled.

The genre writer in me was also unimpressed by the simplistic treatment of the premise. Not being able to lie, in this world, apparently equates only to being shallow, blunt, and gullible, and ultimately there are only two types of people here: assholes and sadsacks. Additionally, the inability of human beings to lie in this alternate universe evidently had no effect on the course of history. The story takes an obvious turn into religious satire, but it only serves to remind one that The Life of Brian did it all better. Maybe I’d be more forgiving of these failings if they’d resulted in more laughs, but such is not the case.

A weird and mildly interesting failure, in some ways, but definitely a failure. And unfortunately it’s not bad enough to be good — it’s just bad. 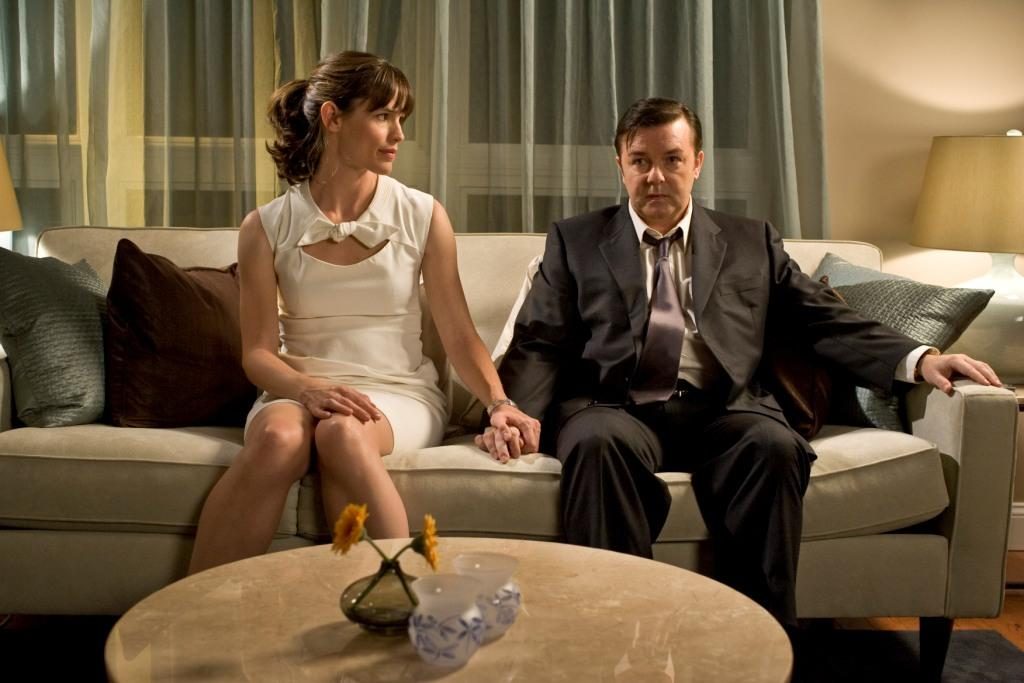