Yay, a new iTunes gift card — thanks, Jenn! I love the instant gratification of injecting new blood into my music library. A few new mini-reviews: 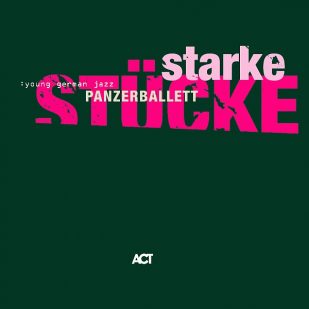 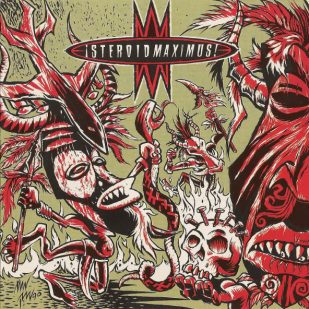 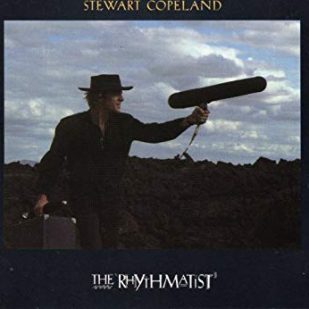 Panzerballett, Starke Stücke (2008). I fell in love with Panzerballett’s self-titled debut instantaneously (reviewed here). This band mixes together my favorite aspects of several music genres: funk, jazz, progressive, and complicated math-metal. Starke Stücke (“strong pieces”) is more of the same even better, propelling Panzerballett very quickly to the top of my favorite bands list. Even more remarkable is this album is largely composed of covers, and I’m not a fan of covers usually — but make no mistake, these cover tunes pretty much count as original compositions. My favorite covers here are the opening spazz attack of Henry Mancini’s “The Pink Panther” and a totally demented version of Weather Report’s “Birdland” (which sounds like it’s been run through a Meshuggah filter — for me this is “holy shit!” music). They even manage to take original tunes I don’t much care for (“Thunderstruck” by AC/DC and — gasp — “Winds of Change” by the Scorpions) and transform them into incredible cross-genre fusions. They also cover themselves, adding hilarious-sounding German lyrics and opera vocals to their first album’s “Zickenterror.”  The only tunes that I couldn’t identify as covers — “M.W.M.I.O.F.R.,” “Friede, Freude, Fußball,” and my very favorite track, “Dreamology” — are equally amazing works. As far as I’m concerned, these guys can’t release music fast enough –and happily, it looks like there’s another one I haven’t heard yet already in the pipeline.

Steroid Maximus, Quilombo (2009). I also reviewed Steroid Maximus’ previous album Ectopia (here), and loved it. This more recent album is…well, somewhat less of the same. Like Ectopia it’s an album of eclectic instrumental music combining samples, loops, and effects; its best tunes in my opinion (“Life in the Greenhouse Effect,” “Fighteous,” and the title track) have kind of a noirish, hard-boiled jazz-funk flare that I find very agreeable. Unfortunately for me, the majority of the album consists of a more experimental, ambient noise composition, that would probably make effective background for a creepy film, but may just be too weird for casual listening (even for me). So there’s some good stuff here, but I found Ectopia much more consistently enjoyable. (Side note: I just found out J.G. Thirlwell, whose project this is, also composed the music for The Venture Brothers cartoon, which is a soundtrack I need to find!)

Stewart Copeland, The Rhythmatist (1985). There’s something a little magical about reconnecting with an album that’s fallen out of your life for a while. That’s the experience I had listening to The Rhythmatist, Stewart Copeland’s first post-Police solo project, which I hadn’t heard since my tape deck went the way of the dodo. Oddly, I remember being a little disappointed with this when I first heard it — I can hear the Teenage Me saying “it’s not Police-y enough!” — but clearly it made an impression because hearing it now I suddenly remember it all fondly. Copeland’s drumming for The Police always blew me away, and his kit skills are very much on display here, but there’s also tons of other cool percussion and world music coloring this one (Copeland’s African influences loom large), as well as lots of soundtrack-y eighties keyboard work. This last, perhaps, renders it  a product of its time, but even so the album holds up extremely well for being — gasp — twenty-five years old! My favorite tracks remain the largely instrumental ones (“Coco,” “Gong Rock,” “Franco,” and “Serengeti Long Walk”), but the album is chock full of cool stuff.

April Fiction at Futurismic: “Out Walking the Streets” by Eric Del Carlo