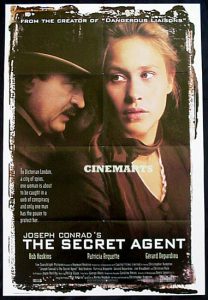 When I first saw the Spy 100 list, I couldn’t figure out why I hadn’t heard of The Secret Agent (1996), a relatively recent film with an impressive cast. Now that I’ve seen it, I know why: it’s just not a very good movie.

Set in 1880s London, the story centers around a hapless shopowner named Verloc (Bob Hoskins), whose store serves as a meeting spot for anarchist political dissidents. Verloc, to support his young wife Winnie (Patricia Arquette) and her sweet, dim brother Stevie (Christian Bale, quite young here), supplements his income by reporting on his friends to both the Russians and Scotland Yard. Verloc’s self interest gets the best of him when an aggressive Russian consul (Eddie Izzard, bizarrely cast) threatens to cut him off unless he engineers a terrorist attack against the Greenwich Observatory. His plan goes horribly wrong, setting off a tragic chain of events.

Evidently, the film is a relatively faithful adaptation of a well respected Joseph Conrad novel, but something’s lost in translation. The film is certainly well produced, and the period production design is effective, but there’s not much else to recommend the film. It’s clumsily structured, with ineffective time-jumping cuts, and the film lacks energy throughout. The sluggish proceedings are beset by a ponderous Phillip Glass music score. The direction is pretentious, and the cast is just odd:  Izzard and Arquette don’t really pull off their accents, while Gerard Depardieu is wasted in a minor role and Robin Williams (as a nihilistic explosives expert) seems shamelessly stunt-cast.

I made a real effort to get into this one, right up until the end, but its final, cynical moment left me cold. Ultimately this one didn’t repay careful viewing. By now it seems to me pretty clear that, like most “best-of” lists, this one isn’t so much about ranking the very best films as it is about providing a jumping off point for discussion. The Secret Agent surely merits selection based on that criteria, adding needed diversity to the list. It’s an adapation of an important work in the genre, and its nineteenth-century setting helps offset the predominance of films set during World War II and beyond. But is that enough? Not for me; this one wouldn’t have made my list. Definitely one to miss. 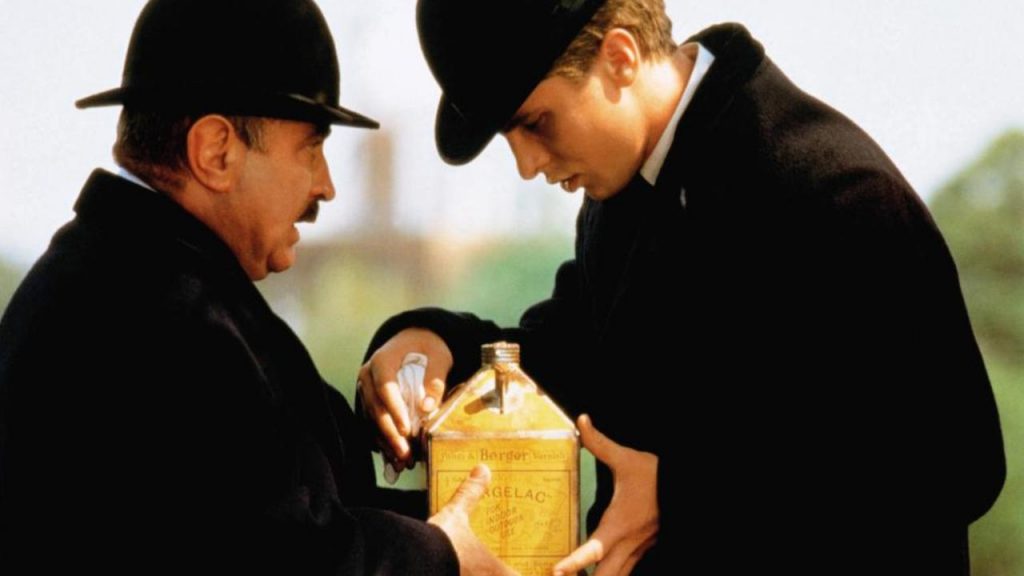