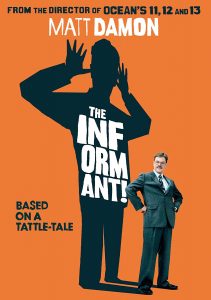 Leave it to me to take a break from the Spy 100 list by watching another spy movie. Steven Soderbergh’s The Informant! (2009) would have been a good choice for the list, actually; it’s a funny, jaw-dropping biopic comically similar to Burn After Reading, but considerably less nasty in tone.

Matt Damon stars as Mark Whitacre, a cheerful, ambitious biochemist serving in an executive position at the Archer Daniels Midland corporation in southern Illinois in the early 1990s. Whitacre is in charge of bringing lysine to market for the food company, but a virus is destroying his efforts. Eventually he determines the cause, and reports it to his superiors; a corporate mole is sabotaging the plant. His bosses respond by bringing in the FBI, represented by Agent Brian Shepard (Scott Bakula), and Whitacre finds himself cooperating in their investigation. The only problem is, Whitacre kind of made up the whole corporate mole story. To dig himself out of it, he reports to Shepard that his superiors are involved in an international price-fixing conspiracy, which leads to an even broader investigation, with Whitacre serving as a deep-cover spy for the government within his own company. But even as Whitacre makes the FBI’s case, he spins webs of ever-increasing deceit, consistently getting himself into tighter and tighter corners.

Amazingly, the film is based on true events, and Whitacre’s actions defy easy explanation; it’s totally worth watching the film to see how everything plays out. Damon is exceptional as the fast-talking, good-natured opportunist, pulling off a midwestern average joe look surprisingly well, and his inscrutable earnestness is central to the film’s success. Surrounding him is able, deadpan support from many familiar faces, mostly in minor roles; Melanie Lynskey stands out as Whitacre’s amiable, loving wife Ginger. The comical tone is spot-on, helped greatly by Marvin Hamlisch’s bright jazzy score. Smart, funny, twisty stuff from a consistently interesting director — recommended, especially for Damon’s performance. 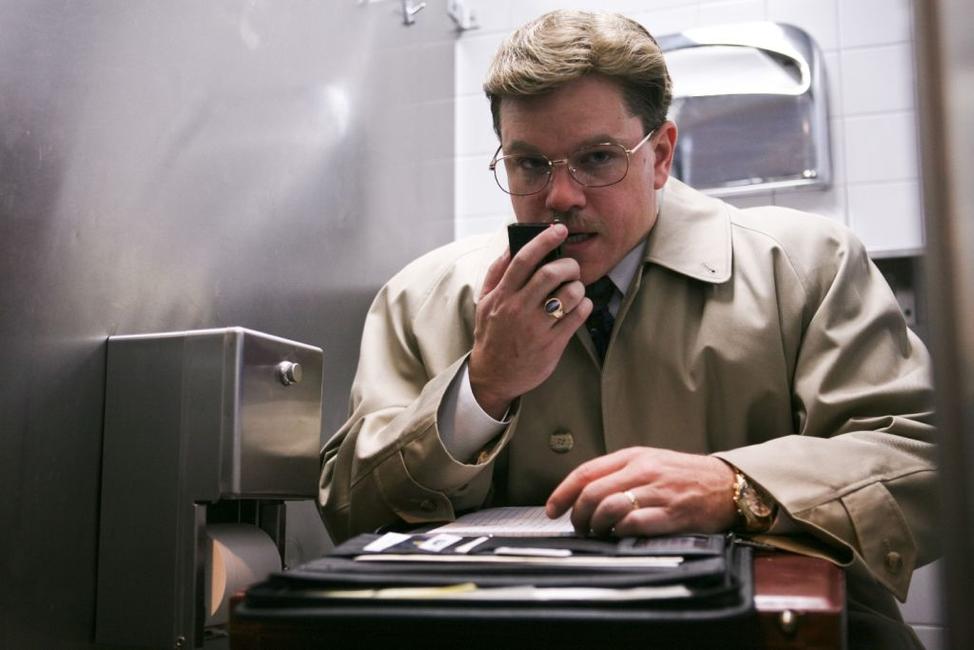