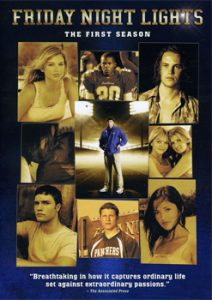 Based on its subject matter, Friday Night Lights sure doesn’t feel like a perfect fit for me: surely I couldn’t possibly like a show about football in a small, religious community in Texas, could I? Well here’s more proof that sometimes it’s worth it to fight past your predispositions. I just finished the first season and it’s one of the best single seasons of television I’ve ever watched.

Friday Night Lights follows the efforts of Eric Taylor (Kyle Chandler), a first-year high school coach in football-crazed Dillon, Texas, to lead his team to a state championship. Taylor’s early work with a highly touted quarterback, Jason Street (Scott Porter), helped get him the job, but from the word go he finds himself questioned from all sides in his running of the team — by his own coaches, his own players, the media, and meddling community leaders, most notably sleazy car dealer Buddy Garrity (Brad Leland), whose daughter Lyla (Minka Kelly) is a popular cheerleader. While Taylor’s running of the team and mentoring of its young players — chiefly star running back “Smash” Williams (Gaius Charles), troublemaking fullback Tim Riggins (Taylor Kitsch), and promising backup QB Matt Saracen (Zach Gilford) — is central to the series, there’s more to the story than the team’s efforts on the field. Taylor’s sensible wife Tami (Connie Britton) is a guidance counselor at the high school, which enables her to see, in a way that her monofocused husband can’t, what’s going on in the town beyond the game. Tami becomes a community leader in her own right, helping the troubled students, and giving her husband much needed perspective, as they raise their daughter Julie (Aimee Teegarden).

It’s a heartfelt show that deftly juggles multiple storylines in each episode, and there’s a realistic feel to it. Dialogue often feels spontaneous, and the small-town community interactions ring with authenticity. And really the show is about community, and the struggles of its people — whether involved with the football team or not — to make lives for themselves and realize their dreams. That said, the football sequences are compellingly executed, and the team’s journey gives the season a strong overall shape. But there are plenty of dramatic fireworks off the field as well, and characters like Tyra Collette (Adrianne Palicki), a football-hating party girl, and Landry Clark (Jesse Plemons), Matt’s quirky, intelligent friend, serve up reminders of how the  sports-related class structure of a town can impact those outside the inner circle.

Although the show often leans toward issue-driven melodrama, it never quite overdoes it, thanks to strong writing and superb performances from the entire cast, with Britton and Porter really standing out. There are more inspiring moments in this season than most shows manage in their entire run. I found it surprisingly addictive stuff, and I’m looking forward to catching up with the later seasons. 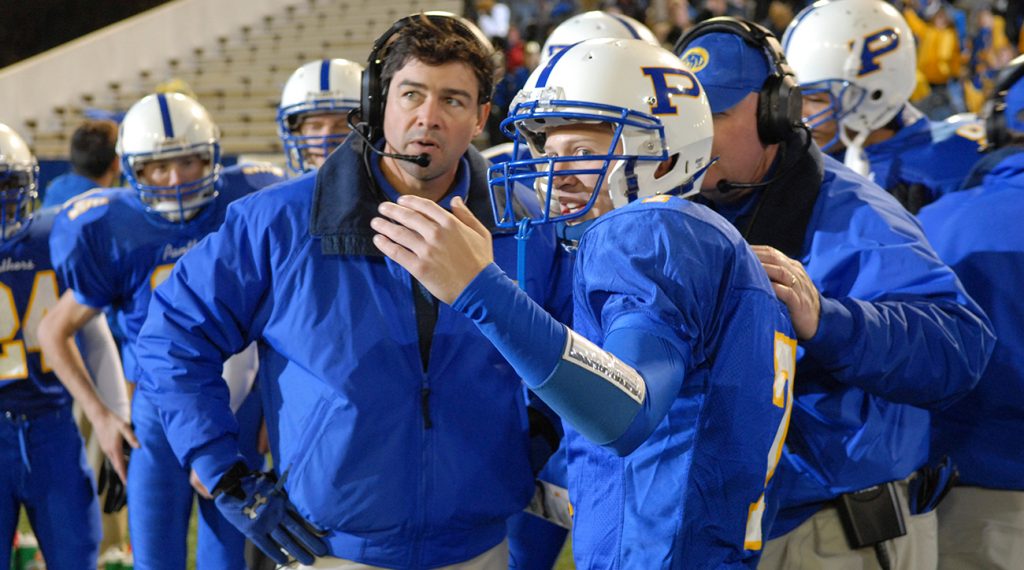 Writing Report for May 2010