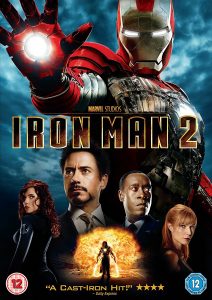 I finally got back to the Arclight this weekend for Iron Man 2 (2010), my first theater movie in months. Robert Downey Jr. returns as billionaire playboy Tony Stark, also known as Iron Man, whose brilliance with technology has made him into a superhero whose armored suit — depicted here as something of an “ultimate weapon” — has brought world peace. But certain government figures feel that Iron Man’s suit, in the hands of such an irresponsible man, may be more of a threat than a deterrent, and there are concerns that Stark’s technology may become the basis for a new arms race between the U.S. and its enemies. Stark makes a convincing case against this, until brilliant Russian scientist Ivan Vanko (Mickey Rourke) publicly challenges Iron Man’s supremacy. Meanwhile, the element keeping Tony alive is slowly killing him, leading to more erratic behavior — and an intervention from the Avengers initiative. Can Stark save the world…and himself?

Iron Man 2 is fun, but it’s not as strong as the original. I was an Avengers fan growing up and never particularly cared for Tony Stark — Downey Jr. rescued the character for me in the first film, but his charm is off this time, as the writing isn’t quite as clever or polished. The first half hour of the film is slow, but eventually it becomes a fun, if unspectacular, action-adventure flick. I think it’s tailored toward Marvel universe easter egg hunters, though, as the script entertainingly mutates Avengers lore into a new shape for the movie medium. To that end there’s another appearance from Nick Fury (Samuel L. Jackson); the emergence of Jim Rhodes (Don Cheadle) as a superhero in his own right (the film condenses years of “War Machine” story into a couple of hours); the arrival of rival technologist Justin Hammer (Sam Rockwell, who elevates his material); and Scarlett Johansson as “Natalie Rushman,” a character whose identity will surprise nobody familiar with the Marvel universe, but participates in the film’s best action sequence (easily my favorite part of the movie).

The original Iron Man was a pleasant surprise. Iron Man 2 didn’t live up to it for me, but I’m still pretty excited about the build-up to the Avengers movie. 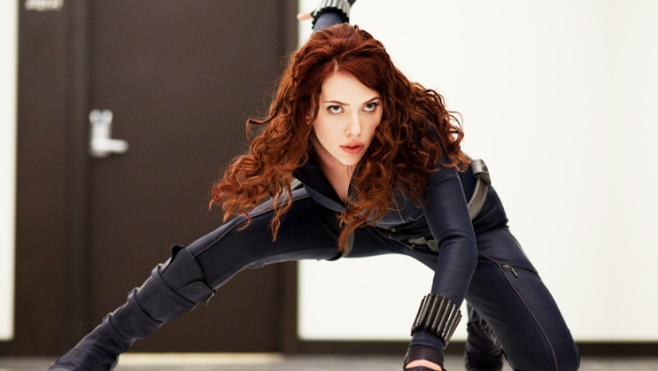 Writing Report for May 2010

Futurismic Fiction for June: “Miguel and the Viatura” by Eric Gregory