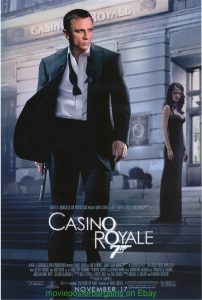 I have a hard time imagining I’m going to like the other James Bond films on the list more than Casino Royale (2006), the celebrated Daniel Craig reboot that returns the superspy to the beginning of his career and finally takes Bond to task for his ego, sexism, and cavalier attitude toward murder.  This is still Bond, to be sure: it’s got the high-concept action sequences, the gorgeous international scenery, and the episodic, setpiece-oriented story-telling. But in many ways, this is a very different Bond.

In this outing, Bond (Craig) hits the ground running (literally) in Uganda, where his frantic pursuit of a terrorist leads to significant intelligence suggesting terrorist activity in the Bahamas. Bond’s investigation puts him onto a dastardly plot to sabotage the stock of an airline manufacturer in Miami. His involvement in thwarting this affair puts the villain of the piece, Le Chiffre (Mads Mikkelsen), in the position of having gambled away over $100 million of someone else’s money on a scheme that didn’t come off, and in order to save himself, Le Chiffre organizes a high-stakes poker game in Montenegro, with designs on winning it back. Bond of course wangles his way into the game, with the help of his boss M (Judi Dench) and treasury agent Vesper Lynd (Eva Green). Bond has to win the money away from Le Chiffre in order to prevent the funds from making their way back into terrorism-funding circulation. But completing the assignment doesn’t end the story, this time, as the twists and turns keep coming.

There are a lot of things to like in this one. The opening parkour chase is an action highlight, and the other action sequences are also compelling (particularly in Miami and Vienna). There’s also credible spy tradecraft, convoluted switchback plotting, and espiocrat politics to elevate this one above the cartoon action-adventure of the other Bond installments I’ve seen; it’s far more satisfying as a conventional, dark spy story than its predecessors.

But even better than its standard genre elements is the fact that Bond — whose smarmy quips, reckless womanizing, and casual killing has never appealed to me — is actually called to the carpet for being an egotistical, sociopathic asshole. Craig gets it just right, pulling off the requisite Bond flash and dazzle, but examined (for once) with an eye for the consequences of what this kind of life would do to a person, not to mention the people around him. Craig is supported ably by the entire cast, with Eva Green standing out as Vesper Lynd, who turns out to be more than just a Bond girl du jour. Lynd sees through Bond’s vapid, selfish behavior and happily spits this knowledge back at him, even as the tensions of the operation lead her gradually into a (mostly) credible romantic relationship with him. There’s plenty of eyeball-kicky action in Casino Royale, but there’s more to it than strung-together escapism; there’s actual character arc here, which in my scattered experience is no hallmark of the Bond franchise. (Also worth noting is the outstanding Judi Dench, who as far as I’m concerned needs to have a spy show built around her. How cool would that be?)

The Montenegro card game sequences in the middle of the film, so crucial to the plot, are the only real low point for me. No-limit hold’em poker is pretty cinematic by card game standards, but the film doesn’t really capture its intrigues (and even gets some of the details wrong, it seems to me). Some jolting action sequences attempt to make this area more exciting, but I think the film would have done better to expedite the game and make it more interesting.

Outside of that, though, there’s not much to complain about in Casino Royale, which I think is satisfying both as a celebration of the Bond formula and an enhanced subversion of it. 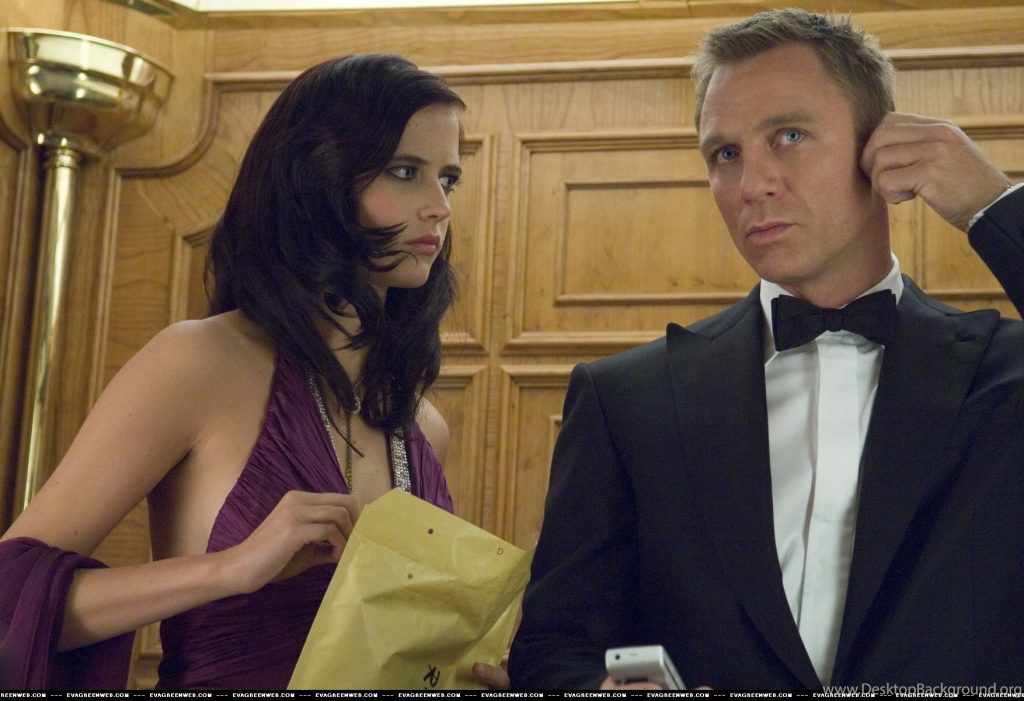