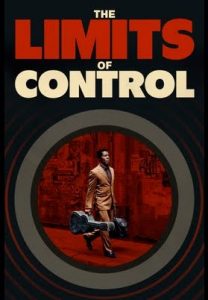 Director Jim Jarmusch’s films tend to require a certain amount of patience. When they work well, the patience pays off; when they don’t, they rather overstay their welcome. Unfortunately, The Limits of Control (2009) is closer to the latter than the former, although I enjoyed some of its elements.

The story, such as it is, involves a stone-faced operative referred to only as Lone Man (Isaach De Bankole) who undertakes a shady, nebulous assignment and travels to Spain to carry it out. Along the way, he receives clues and exchanges code phrases with various contacts, part of a vast clandestine network working him toward his objective. Throughout, Lone Man maintains a single-minded, inscrutable focus, moving patiently through the underworld with cold, emotionless professionalism.

If it sounds like something that should be on the Spy 100 list, make no mistake; this is an art film, not a spy film. The “tradecraft” here is David Lynchian weirdness, understatedly comic, and in the early stages at least it builds the film’s central mystery effectively. But it quickly becomes apparent that Lone Man’s mission merely creates the illusion of story motion, each “clue” creating a new excuse for the next sequence of careful cinematography, much of it with an artful still-life quality. Meanwhile, Lone Man’s contacts — most notably and perhaps most egregiously “Blonde” (Tilda Swinton) and “Guitar” (John Hurt) — are not so much advancing story as espousing artistic philosophies. At times the effect is amusing, but it also comes off a bit pretentious. I found myself wanting the film’s cryptic intrigue to add up to something brilliant, but it doesn’t come off. The film’s meta elements and self-awareness make the message too obvious, and the resolving event is an anticlimactic let-down. As always with Jarmusch, it’s interesting, but not nearly as interesting as it thinks it is or needs to be. Oh, well. 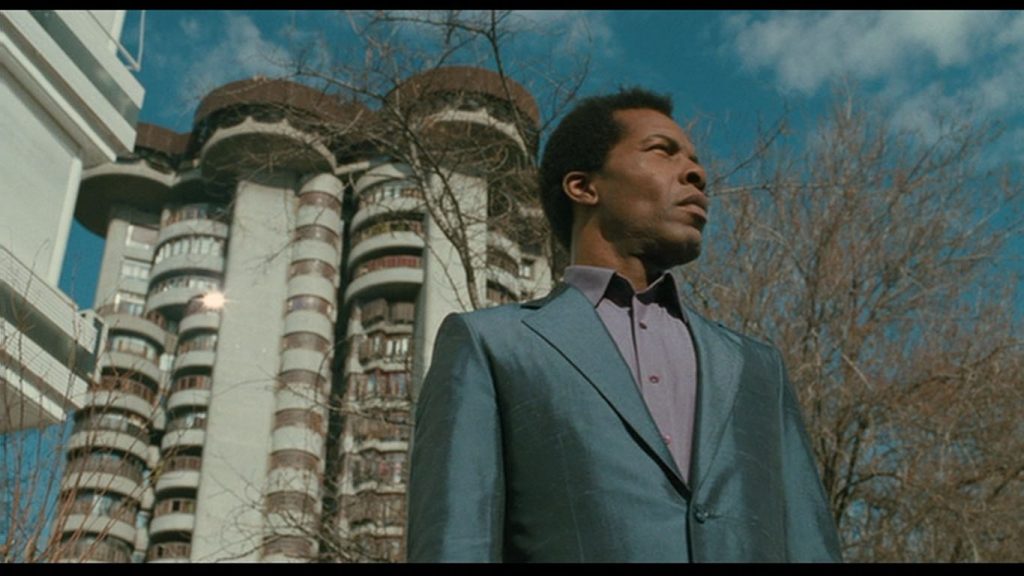