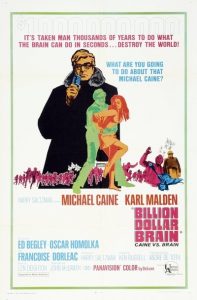 Somewhere between the camp of James Bond and the cynicism of John le Carré lies Len Deighton’s Harry Palmer — or at least, so I’m guessing based on Billion Dollar Brain (1967), the third film in a series featuring a young, bespectacled Michael Caine. (The other two films are also on the list, but I haven’t seen them yet.)

Here, Palmer is retired and running a sordid detective agency. MI-5 wants him back on the job but he resists, instead accepting a curious assignment from a mysterious voice synthesizer over the phone to deliver a package from London to Helsinki — which he determines are eggs. The delivery job puts him back in touch with and old acquaintance, American scofflaw Leo Newbigen (Karl Malden), who recruits him into a nebulous organization running agents in Soviet-controlled Latvia — or so it seems at first, anyway. Newbigen and his slinky girlfriend Anya (Françoise Dorléac) are actually running this network for a power-mad Texas oil industrialist named Midwinter (an over-the-top Ed Begley), whose plans are all organized and calculated on a supercomputer. Newbigen, however, has been gaming the system, and Midwinter’s ill-conceived plans are likely to lead to a world war. Reluctantly pressed back into service, Palmer needs to save the day.

Directed by the provocative Ken Russell (of Altered States fame), Billion Dollar Brain is a curious concoction, opening with a brief noir feel before morphing into a dark, mysterious puzzler, then descending into unrealistic camp. It feels like a film struggling to bridge the gap between squeaky-clean industry code and boundary-pushing 1970s trangression. Russell makes good use of the Scandinavian scenery, but in other ways the direction is intrusive, the pacing a stop-and-start muddle. Underneath it all is a reasonably clever plot, but realism goes out the window when the proceedings shift to Texas, where Begley’s gun-slinging yahoo and legions of cowboy-hatted “redshirts” propel the film into ludicrous territory. The climactic scenes are totally bizarre and unexpected, certainly interesting, but not entirely satisfying.

Caine and Malden are in good form, and the film has its odd charms; it left me curious about the other episodes in the series. But pretty uneven stuff, all told. 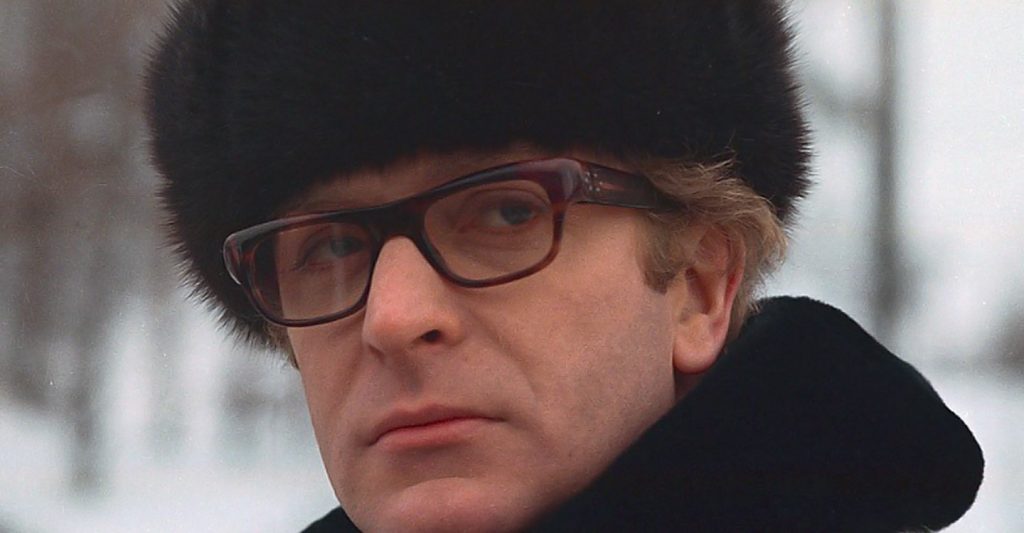