During a writing outing to Lulu’s a couple of weekends ago, Jenn hit upon a brilliant way to motivate me: every 100 words of fiction produced that day meant I could buy a new song from iTunes. It led to my most productive writing day in years, upwards of 2,000 words, and I ended up getting three new albums out of it. Obviously, using this method all the time would be pretty bloody expensive — but it sure worked well as a one-shot!

The older I get, the more extreme my musical tastes. I’m not looking for music that immediately appeals to me; I want stuff with legs, that I have to analyze and figure out over time. Lately that’s put me on a progressive kick, and I tend to like heavier, metal-tinged prog. I made that the theme of my writing reward and bought three new prog-metal albums. Bring on the power chords and polyrhythms! 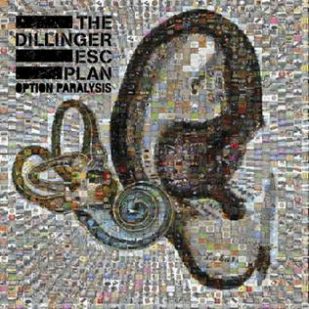 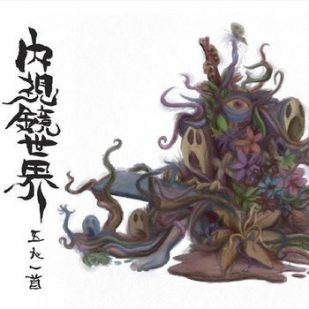 Counter-World Experience, Metronomicon (2009). Easily the best of this batch, Counter-World Experience is a German trio that describes itself  as jazz-metal. They remind me a little of Panzerballett (also German!), without the sax and the sense of humor — a more serious sensibility with some classical influence. Metronomicon is their fourth studio album, and I’m thrilled there are more — these guys are good. Most of the experimental metal bands I’ve sampled tend to assault you with a wall of aggressive sound, but Counter-World Experience is a bit more sophisticated, employing rare musical elements like, you know, dynamics and space and restraint, creating more contrast to emphasize the heavier sections. Unexpected classical elements — a boy soprano, a solo grand piano, a string section — pop up from time to time to make things interesting. Highlights of the album for me: the Latin-flavored metal of “Fuego barbarico,” the avant-garde, Zappa-esque orchestrations of “Digital Dust,” and the cheeky techno-influenced “Youth.” Highly recommended.

Dillinger Escape Plan, Option Paralysis (2010). I had the misfortune of seeing this band open for Mr. Bungle about ten years ago — in Iowa City, in July, during a heatwave, in an inadequately air-conditioned upstairs bar. It was a miserable show: I was constantly on the verge of passing out, and Bungle — who sounded great — kept having to fix their equipment. I thought D.E.P. were terrible, helped in no small way by the brutal conditions and a nuance-free sound mix. But a few years later I stumbled across one of their studio albums, and what tortured me live really worked for me on headphones. This band is one of the most spastic, aggressive metal acts out there, and I tend to appreciate the sheer extremeness of them — although sometimes I think they’re too rhthymically unpredictable for their own good. A few albums back they got a new singer, who (like the vocalists of many alternative bands these days) is clearly a descendant of the Mike Patton school. Their more recent work combines their trademark outrageous rhythms, shredding guitars, and impressive drumming with a more conventional hard rock sound. I was impressed by Miss Machine, but my reaction to Option Paralysis — so far, anyway — is similar to its immediate predecessor, Ire Works: parts of it work for me, parts of it don’t. It hasn’t made much of an immediate impression on me, but some of these albums take some getting used to; jury’s still out, here.

goninisshu, Naishikyousekai (2005). Got this for four bucks; not bad for nearly an hour of music. This band is so obscure, when I googled “goninisshu” I got less than a full screen of hits. Best way I can describe them is avant-garde Japanese prog-metal; it’s theatrical stuff, gentle and dramatic at times, but always threatening to explode into sheer craziness. Reminds me a lot of a couple of other Japanese bands I like but find frustrating, the Ruins and Koenjihyakkei, which feature impressive musicians who don’t always known when to reign it in and end an idea. Fortunately, goninisshu seem to be more accomplished composers, and their singers are less annoying than those bands, although it’s kind of a case of B-52’s/Sugarcubes syndrome: the women are fine, the men kind of silly and annoying. Of course, obnoxious vocals have never been a barrier for me. All things considered, this album was a fun, obscure bargain that slotted right into my eclectic taste wheelhouse. Long live Internet music searching!