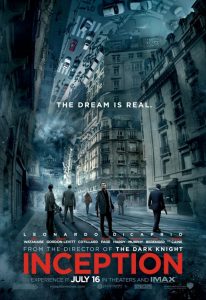 Easily the best big budget Hollywood film I’ve seen in years, Inception (2010) is a structurally fascinating blend of science fiction and corporate espionage, an intelligent and deviously complicated spectacle that satisfies on just about every level. (Spoiler note: If you haven’t seen the film yet, you might want to skip the next paragraph, if not the rest of the review. I don’t think it’s that spoiler-y, but I was very happy to have gone into the film with few preconceptions. So, if you’re stopping here: great movie, go see it!)

The film depicts a world in which science has made it possible to infiltrate an individual’s dreamscape, and Cobb (Leonardo DiCaprio) is the best of the best in this field. As the film opens, he and his team are attempting to steal secrets from the head of a major energy corporation named Saito (Ken Watanabe), but the plan goes off-track, and Saito turns the tables, recruiting Cobb on an entirely different mission: rather than retrieving ideas, they are to plant one, in the mind of one Robert Fischer Jr. (Cillian Murphy), the heir to a rival corporation. Cobb assembles a new team to accomplish this extremely difficult task, which comes for him with the ultimate reward. But Cobb isn’t exactly mentally stable, his dreamscape consistently invaded by a projection of his wife Mal (Marion Cotillard), and his risky strategy of sending Fischer into a dream-within-a-dream-within-a-dream puts the entire team at a terrible risk.

Writer-director Christopher Nolan returns here to the grand conceptual structuring of his breakout film Memento, and the result is impressive: a smart, challenging, complex story that is serviced, rather than sidetracked, by its larger-than-life visual spectacle. There’s proof, here, that film audiences aren’t nearly as stupid as Hollywood generally tends to believe they are; the viewer is credited with the intelligence to put the pieces of this puzzle together, and indeed deconstructing the twisty plot mechanics is a huge part of the appeal. It’s the ultimate Mission: Impossible, a task of intense con-game persuasion with a mindbending skiffy twist. For the most part the film is briskly paced, although it does bookend its accelerating middle stages with some extended world-building set-up and a slightly laggy emotional wind-down; all things considered, though, it earns its two and a half hour running time, and its final note is pitch perfect.

DiCaprio shows once again why he’s become Hollywood’s go-to guy for intensely unhinged protagonists, and he’s surrounded with great support, particularly from his fellow team members, which include Joseph Gordon-Levitt, Elliot Page, and Tom Hardy. I do wish the intrusively dramatic Hans Zimmer soundtrack hadn’t stepped on so much of the dialogue, but that’s my only major complaint about the film. It’s visually stimulating, intellectually engaging, and emotionally satisfying — highly, highly recommended. 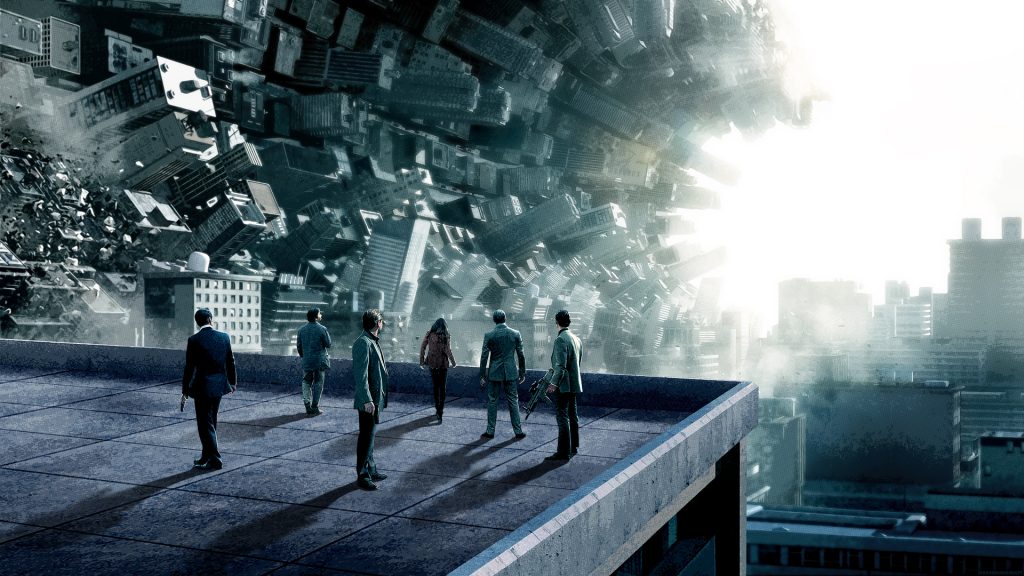