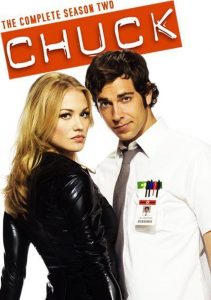 I watched Chuck with half an eye during its first season, liking it without loving it. Its premise is ridiculous spy fantasy camp: an immense database of intelligence data is downloaded into the mind of an aimless college dropout named Chuck Bartowksi (Zachary Levi). Chuck, squandering his potential working at an electronics superstore, instantly becomes an intelligence asset, and to oversee his well being, he’s assigned two agents as handlers: the CIA’s Sarah Walker (Yvonne Strahovski) and the NSA’s John Casey (Adam Baldwin). By day, Chuck is a mild-mannered “Nerd Herd” computer tech trying to hold together a semblance of a normal life, but at night, he’s off on top-secret missions, his unique ability to instantly access information on objects and people he sees helping Sarah and John overcome the threat of the week. The first season was silly fun, easily watched and forgotten, held together chiefly by the goofy Levi, who I think is an outstanding comic lead, with timely support from Baldwin, who serves as a perfect grumbly foil for Chuck’s bumbling charms.

The season definitely has missteps, most notably a two-episode arc where Sarah alledgedly falls for a sleazy MI-6 agent — and everybody mysteriously decides to start acting out of character. Chuck’s occasional tendency to feel like it’s being written by giggling adolescent boys is at its worst here. The season rescues Morgan from his irritating, show-stopping presence in season one, making him more sympathetic and noble, but does so at the expense of the rest of the Nerd Herd. Lester (Vik Sahay) and Jeff (Scott Krinsky) merely turn up to exhibit repulsive male behavior, while Anna (Julia Ling) is just completely destroyed as a character…when she’s even given any material. The Buy More sequences are still kind of an albatross around the show’s neck in season two, even with Tony Hale turning up to provide some quirky retail villainy.

That said, the major plotlines and season arcs of season two are much more impressive and engaging as we watch Chuck come into his own as a reluctant spy, learning a bit more about his spy colleagues, developing the family dynamic with Ellie and Awesome, providing heroic moments and character growth for Morgan, and the overarching plot of Chuck’s attempts to get “the intersect” out of his head. There are definitely moments of emotional connect here, not on a par with, say, Buffy at its finest, but moments where the terrorist threats (or vampires) stop mattering as much as the characters’ personal struggles and interactions within the tense framework of those situations. I wasn’t expecting this much from Chuck when I started watching it, so it comes as a pleasant surprise. 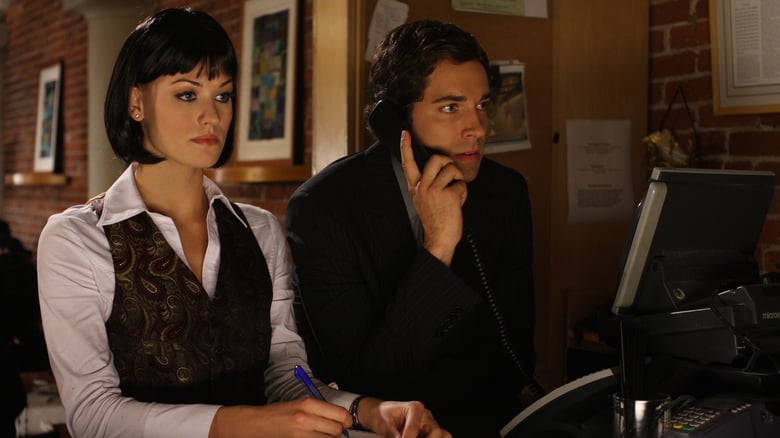 Film: Scott Pilgrim vs. the World