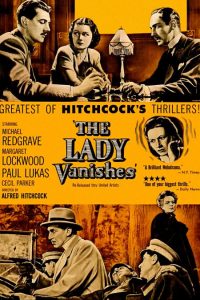 The Lady Vanishes (1938) is one of nine Alfred Hitchcock films on the list, and based on some the weaker selections there probably should have been more. Like most Hitchcock adventures, this one mixes healthy doses of humor in with the suspense, and for the most part it’s an enjoyable romp — structurally messy and tonally curious, perhaps, but overall an engaging entertainment, and an interesting window into the psyche of pre-WWII Britain.

The film opens in an obscure mountain village in a fictional European country, where a number of stranded British tourists are waiting out an avalanche before they can head homeward. Here we meet, among others, Iris Henderson (Margaret Lockwood), a young party girl heading home to settle down and get married, and Gilbert (Michael Redgrave), a wisecracking musician who gets under her skin at the hotel during a noise complaint. The tracks finally cleared, Iris makes her way to the train, along the way befriending a kindly old lady named Miss Froy (Dame May Whitty), who assists her when she takes a bump on the head. Iris falls asleep with the smiling Miss Froy sitting across from her, but when she wakes up, Miss Froy has disappeared. Iris begins a search, but it turns out everyone on the train has an excuse not to help — some for selfish reasons, others for nefarious ones — and she finds her investigation obstructed at every turn. Her one ally, of course, turns out to be Gilbert, who helps her unravel the mystery of Miss Froy’s disappearance, which spirals into dangerous intrigue.

The plot is a convoluted sequence of comic encounters and spy switcheroos, and it’s not one of Hitchcock’s tightest films: the point of attack is late in coming, and it opens at a leisurely pace before finally ramping up to its intrigues. But it’s a fun concoction, and an early look at many of the techniques and elements Hitchcock would master in later films. Viewed in the context of its era, the film is also politically interesting, providing pointed commentary on British attitudes regarding the possibility of a renewed European war — some of the British characters, sucked into the action against their will, are clearly stand-ins for public sentiment during those troubled times. The Lady Vanishes may ultimately be a better example of a Hitchcock film than of a spy film, but it’s certainly a worthy entry on the list. 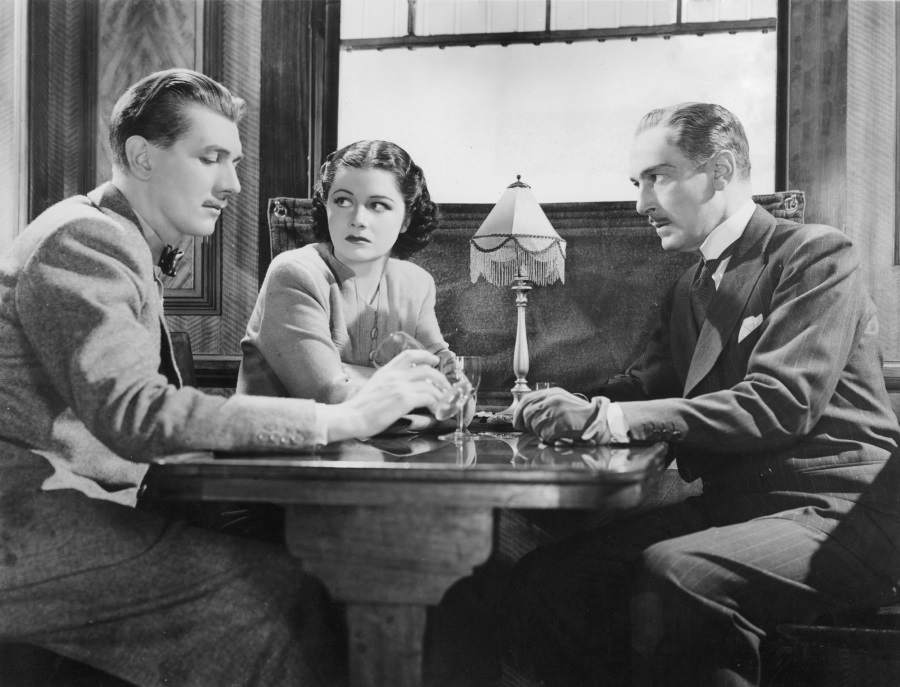 A Weekend of Milestones

Futurismic Fiction for September: “In Pacmandu” by Lavie Tidhar