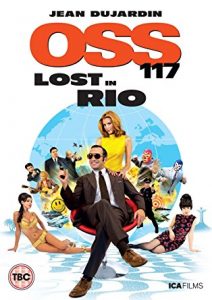 Retro superspy Hubert Bonisseur de La Bath returns in OSS 117, Lost in Rio (2009), the sequel to the silly, throwback farce OSS 117 – Cairo, Nest of Spies from a few years back. This outing moves into the mod sixties, as our hero (Jean Dujardin) is sent to Brazil, his mission to pay off a South American wrestling impressario who’s blackmailing the French government with a list of former Nazi collaborators. De la Bath bumbles his way to Rio de Janeiro, where his simple mission is quickly complicated by the Mossad, who want to use his delivery as a means of tracking down an escaped Nazi war criminal known to be in the country. Joined by Israeli colonel Dolorès Koulechov (Louise Monot), De la Bath seeks to infiltrate a network of Nazi exiles who are looking to seed a resurgent, uh, Fifth Reich.

As with the previous film, I came away from Lost in Rio wondering if I would have liked it as much had it been in English; I didn’t always get the sense I was laughing for the right reasons. The comedy is broad and highly uneven — sometimes painfully unfunny; it doesn’t know when to quit — but it’s also confident and stylish, a generally effective send-up of its source material. Unfortunately the script overdoes it frequently, particularly when contrasting De la Bath’s old school ways against the swinging sixties; it schedules way too many awkward collisions between his oblivious, casual sexism and racism and the more “in-touch” sensibilities of its era. Clearly this was a mission of the movie, of sorts, with Dolorès, an empowered, intelligent woman, conceived as an effective foil for De la Bath’s bullshit.  But it’s all a bit obvious; the film would have done better to scale back this angle in favor of more shots of its lead actor grinning like an idiot. Dujardin is inherently funny, and his facial expressions generally got more laughs from me than the dialogue. The beautiful Monot makes a good impression as his fiery love interest; too bad she inexplicably falls into his arms at the end, but I suppose that’s in keeping with the material being spoofed.

If you liked the first one, you’ll probably like this one — it’s essentially more of the same, breezing past its ham-fisted moments and questionable politics with jazzy style and eyeball kicks, not unlike its hero. 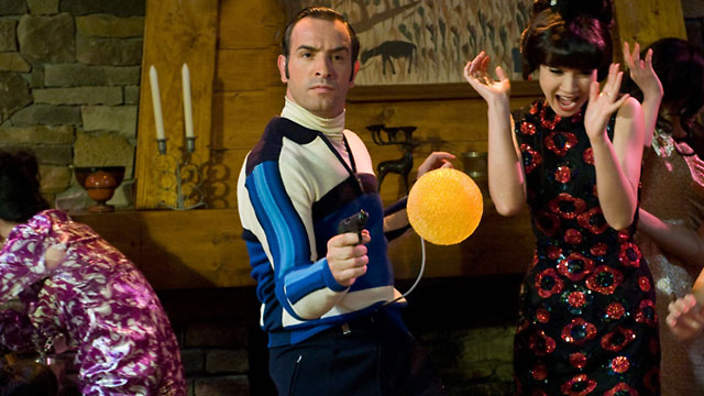