It’s autumn, and you know what that means…although it, uh, actually doesn’t mean it as much as it used to. It’s time for a new season of TV pilots! I caught three new series openers, recently. Two of them crashed, but the third intrigued…a little bit, anyway. 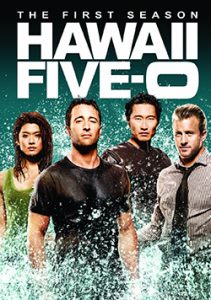 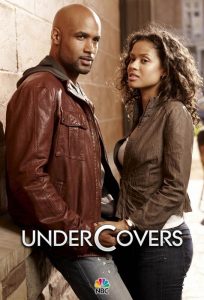 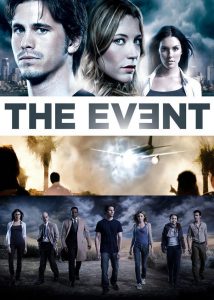 First up: the rebooted Hawaii Five-0, which finds former special forces operative Steve McGarrett (Alex O’Loughlin) tracking a notorious villain back to his home state of Hawaii, where he’s given the green light to form an anti-crime task force with virtual carte blanche to root out the bad guys. So, what exactly lured me to check this one out, in spite of my vow to stop supporting bloody reboots? One: theme song nostalgia. Two: casting cred in the form of Daniel Dae Kim (Angel, Lost) and Grace Park (Battlestar Galactica), plus Buffy’s James Marsters in a small role as the villain of the week. The theme song is still good, and Kim and Park are fine (if incidental), but O’Loughlin felt a bit bland for a leading man, sort of a Central Casting dial-a-hero. The best thing about the show is Scott Caan, who shows impressive comic timing and good presence as “Danno.” It’s hardly the worst pilot I’ve ever seen, but ultimately it just wasn’t very interesting. Off the DVR list.

Next is the latest product off the J.J. Abrams assembly line, Undercovers, a contemporary spy series about retired CIA operatives Steve and Samantha Bloom (Boris Kodjoe and Gugu Mbatha-Raw) who are lured out of retirement to track down an old friend and fellow agent, who’s gone missing. Although the leads are fine (particularly Kodjoe, who predictably gets the better material), Undercovers comes across like something computer-generated, all surface and no heart. It’s essentially a warmed-over rehash of Alias (right down to its blatant Marshall Flinkman stand-in), only less clever and more of a tonal mess. The only thing notable about the show is that it features lead actors who are black, without making a big deal about it. Sadly, absolutely nothing else about the show is new. This one’s off the list, too.

Final stop is The Event, which is better than its awful commercials would lead you to believe. I didn’t quite catch the entire episode, but what I saw looks to be a possibly effective conflation of Lost’s skiffy mysteries, 24′s action, and both of those show’s time-jumping, multi-track story-telling techniques. I’m not entirely convinced, just yet, but I’ll hang around for a bit to see how it develops.