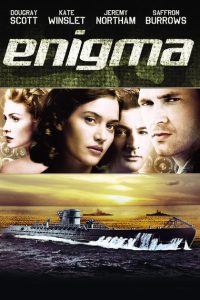 It’s not easy to make codebreaking visually compelling, but Enigma (2001) pulls it off nicely. Written by Tom Stoppard and directed by Michael Apted, the film embeds a fictional spy romance into a detailed depiction of Bletchley Park, the nerve center of British attempts to decipher German signals traffic during World War II.

Dougray Scott stars as Tom Jericho, a genius whose triumph helping the British crack an “unbreakable” German code is marred by his subsequent breakdown, caused in large part by an ill-fated relationship with one of the cipher clerks at Bletchley, Claire (Saffron Burrows). Mostly recovered, Jericho is called back to Bletchley when the Germans change up the ciphers — just in time to jeopardize one of the largest American supply convoys of the war effort. Even as Jericho must work to crack the new code, he has to cope with haunting memories of Claire, and finds, also, that she has gone missing. With the essential help of Claire’s intelligent roommate Hester (Kate Winslet), Jericho works to uncover the mystery of Claire’s disappearance, hampered along the way by the prodding of slimy intelligence officer Wigram (Jeremy Northam), who thinks there may be a mole at Bletchley. 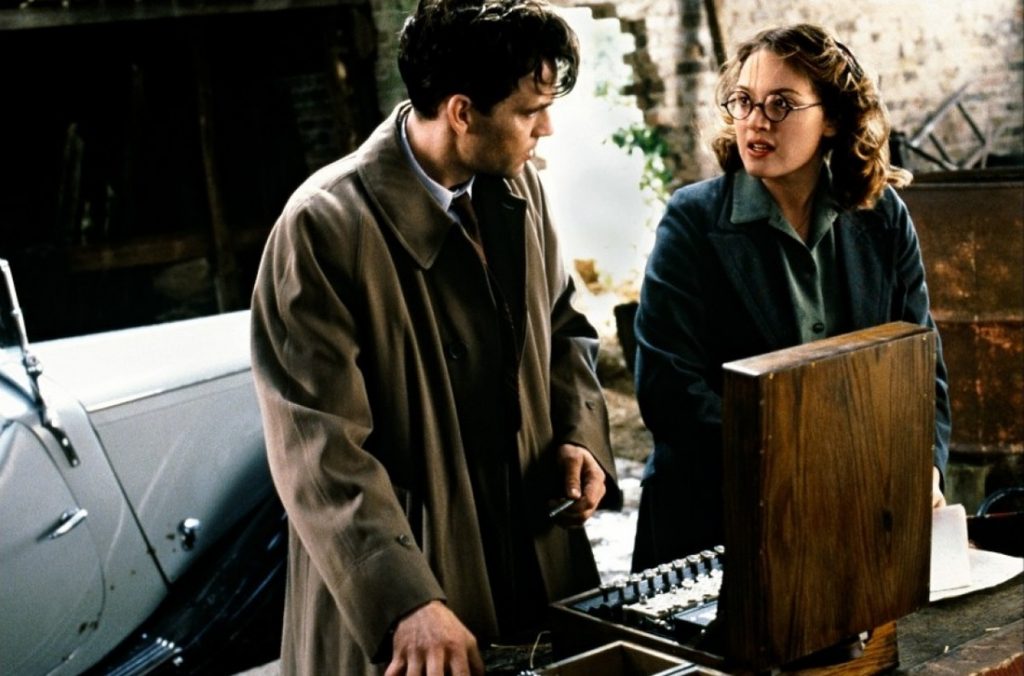 It’s an intelligent puzzle, carried largely by Winslet, whose deliberately frumpy, bookish Hester nonetheless leaps off the screen as the film’s most charismatic force. The film is impeccably acted with fine work from everyone involved (including notable support from Tom Hollander and Matthew Macfadyen in small roles). Stoppard’s script lapses, understandably, into exposition at times — the story’s convoluted twists and turns require some explaining — but is, by and large, clever and effective. And, as mentioned, the film does a remarkable job making its codebreaking scenes compelling, particularly when detailing the way the Enigma machine works, and in the tense sequence when the codebreaking team is forced to hope for a devastating attack in order to get the clues they need to break the code. All in all, an effective spy mystery loaded with interesting historical detail.

For those of you who are interested, here’s a photo of the Enigma machine we took at the Churchill War Museum on our trip to England a while back. 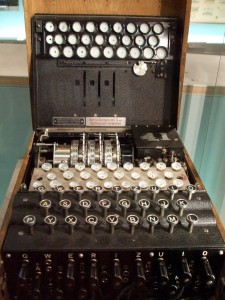