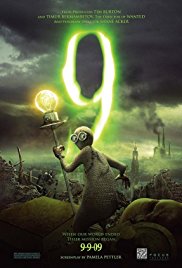 While watching 9 (2009), I often found myself (particularly during its first half) wondering why it had gotten so many poor reviews. It’s a visually striking film, impressively animated, and quite polished from a production standpoint, a unique steampunk-ish dystopia with some stunningly creepy imagery and rather likable, nicely differentiated characters. But by the time the credits rolled, I understood the negative reaction. The film has everything going for it but a script.

The clumsy, somewhat technophobic world-building involves a future wherein humanity has been wiped out in a cataclysmic world war. Robots, weaponized by a jackbooted dictatorship, have gone out of control and taken over. Our hero, 9 (voiced by Elijah Wood), is a clockwork sock puppet robot — imagine a Little Big Planet sack boy, more elaborately rendered and dropped into a horrific WWI war zone. 9 awakens in the laboratory of a dead scientist, and ventures out across a destroyed urban landscape to piece together the mystery of his existence. He encounters a clever, older “relative” named 2 (Martin Landau), who is promptly abducted by an evil, rampaging dogbot. In his quest to rescue 2, he soon meets the rest of his “family” and uncovers the secrets of his past, and the history of the world’s tragic downfall.

The animation is quite accomplished. Clearly the film has a well thought out visual style, dark and frightening, with memorable imagery and exciting, coherent action sequences. Sadly, the story isn’t nearly as well thought out; it’s a scattershot sequence of events concocted as an excuse for the animators to depict one harrowing, hair-raising sequence after another. It tries to dazzle you away from noticing the plot holes, but once you start seeing them, the narrative is toast. The world-building is fatally slapdash; as a work of genre fiction, 9 hasn’t established the rules by which it’s playing, seemingly so that it can do whatever the hell it wants. Without guidelines, forethought, or a coherent message, the beautiful visuals feel wasted.

9 had me fooled for a little a while, and it’s certainly not all bad — it’s worth a look for its unique vision, and from a production standpoint it has everything going for it. But it fails rather spectacularly as a story, which is a real shame. 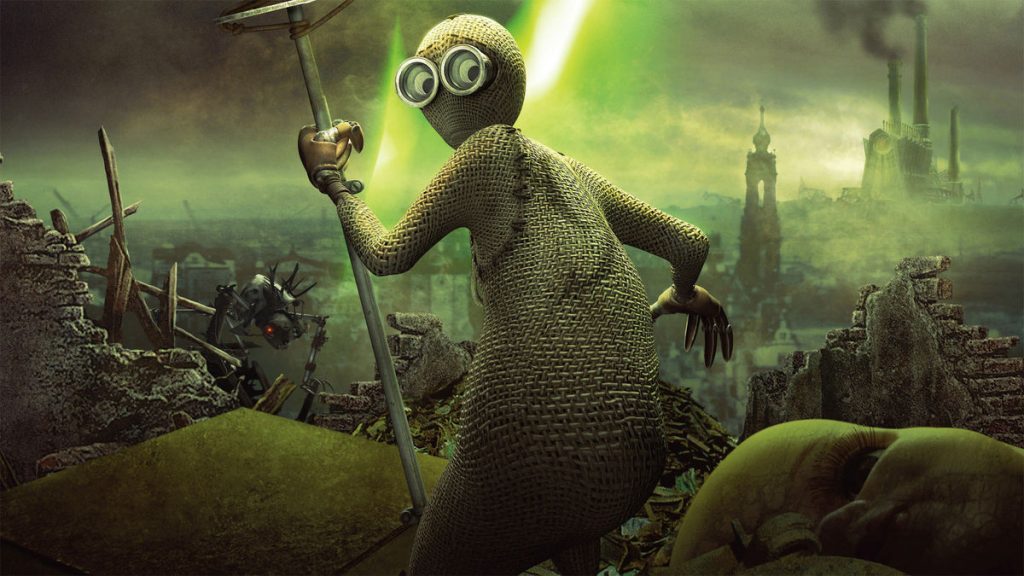