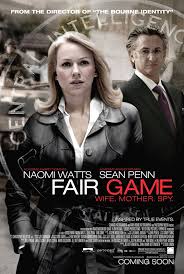 This weekend, while friends were down the hall seeing the latest Harry Potter movie, I went to see Fair Game (2010), a biopic about outed CIA agent Valerie Plame and her husband, journalist diplomat* Joe Wilson. (That’s just the kind of stick in the mud I am, I guess!) Although packaged like a modern spy thriller, in the end it’s more an angry political message about abuse of power during the Bush administration. The events it recreates may still be too close for clear-headed evaluation, but I think the film makes its points powerfully; it will be interesting to see how this one holds up over time.

It takes place in the touchy years after 9/11 leading up to the invasion of Iraq. Plame (Naomi Watts) is a covert field operative whose work in the Middle East is geared toward determining whether Iraq possesses weapons of mass destruction. Her husband, Joe Wilson (Sean Penn), is a reporter, and his familiarity with the African nation of Niger leads the CIA to solicit his opinion regarding the possibility that vast quantities of yellowcake uranium may have been purchased there by the Hussein regime. The film details their findings, which by and large suggest that the likelihood of WMDs in Iraq is vanishingly small. But when Wilson later hears the White House citing his information as “proof,” to justify (in part) the US invasion, he fights back with a controversial article refuting the claim. In retaliation, and to deflect the public from Wilson’s message, the White House’s Scooter Libby (David Andrews) “outs” Plame as a CIA agent, destroying her career and refocusing public attention on Wilson’s integrity rather than the truth of their intelligence.

Fair Game recaptures the frustrations and tensions of its era effectively, a maddening examination of the power-hungry deceptions that led to the US’s ongoing military quagmire in the Middle East. Based on the books both Plame and Wilson wrote about their experience, the film has a clear and unwavering political viewpoint, and while it applies that perspective with a very firm hand, it also rings authentic. Unlike the earlier, mostly unconvincing Nothing But the Truth, which fictionalizes the Plame scandal into a similar scenario, Fair Game tackles its subject matter head on, with considerably more verisimilitude and a much more coherent message. Watts and Penn are superb (what else is new!) and director Doug Liman keeps the convoluted action moving nicely. It may be a case of preaching to the choir, but overall Fair Game packs a pretty good punch, and makes for a thoughtful, spirited look at its era. 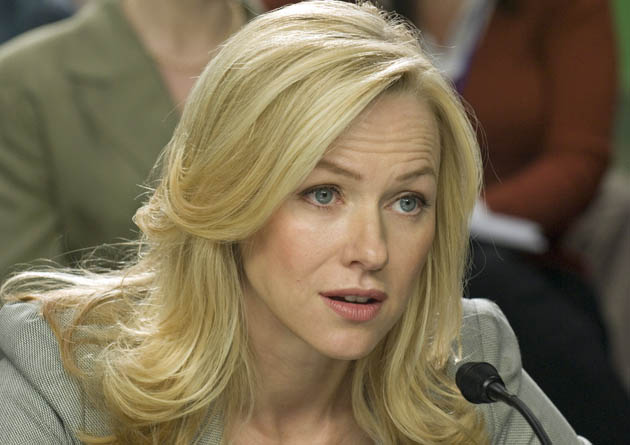