Two days after seeing it, I’m still trying to figure out if I enjoyed Primer (2004), a shoestring budget indie science fiction film about a pair of scientists who discover time travel. With its deliberate pace and low key tone, its scientific technobabble and complex time-warping plot, I found it at once an intriguing film and a boring one. To me it felt like the cinematic equivalent of a Phillip Glass composition: you know there are interesting things happening, but the rhythms lull you to sleep.

The film focuses on two men, Abe (David Sullivan) and Aaron (Shane Carruth), who — in old school sci-fi tradition — work together to jerry-rig a machine in their garage that has bizarre effects on time. The film opens with the early stages of the project, as they’re making their discovery and trying to figure out how it works. Later, the plot gets more complex as they look to apply the science. They do so in the expected ways — gambling, stock trading, manipulating events to their advantage. But what are the consequences of their meddling? Do they really have a handle on what they’re doing?

Ultimately, I was asking the same question of the filmmakers. They do some things very well: building the skiffy mystery, creating a cryptic, eery atmosphere, posing interesting causality questions, and making their low-frills production values an asset with creative filmmaking. The serious Rod Serling-like narration, hardly illuminating, gives the proceedings a clever semblance of coherence and structure. But does it all add up? The scientific mumbo-jumbo, the jagged cuts, the baffling conversations…it all feels like hand-waving misdirection. The acting improves as the film moves along, but in general everything is so understated it’s difficult to get a handle on what’s important.

In the end, I feel a little like a filmic trick has been played on me, like someone threw a bag over my head and spun me around, hoping I would enjoy being dizzy. Is this film really brilliant, or just deviously confusing in an effort to convince me it’s brilliant? It may be a little of both. I doubt a single viewing will solve the mystery, but unfortunately I didn’t enjoy the journey enough to go back for a second take. If someone else figures it out, though, please let me know! 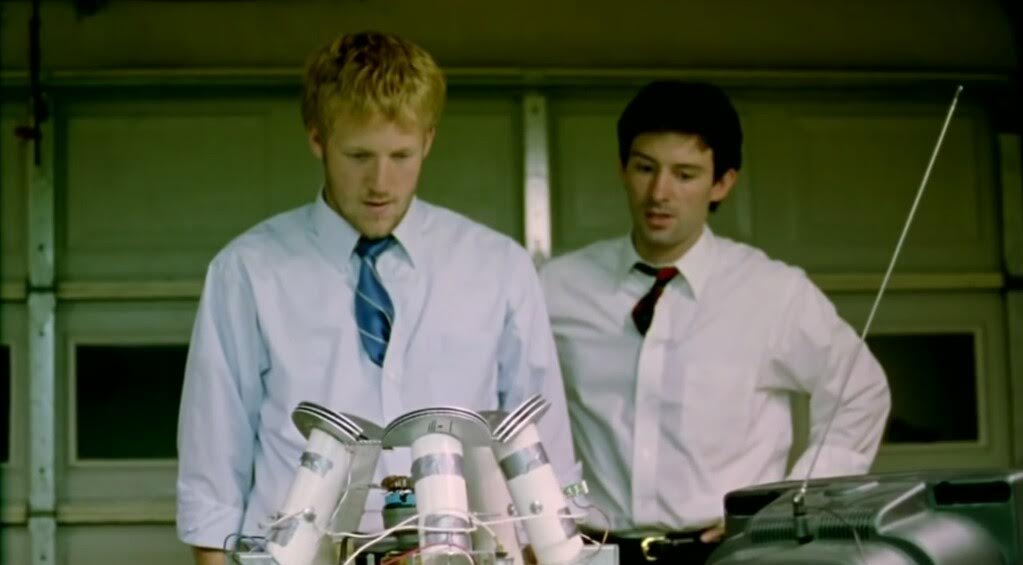