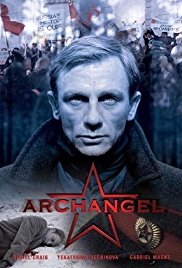 I spent some of my extra time this long weekend powering through Archangel (2005), a three-episode BBC miniseries starring Daniel Craig. Professor Fluke Kelso (Craig) is an accredited historian and an expert on all things Joseph Stalin, in Moscow to speak at a conference. After his speech he’s approached by a survivor of “the old times,” who claims Kelso doesn’t know as much as he thinks he does about the famous Russian leader. The resulting interview sets him on the trail of a secret notebook that supposedly contains hidden mysteries about Stalin; Kelso’s investigation entangles him with cynical Russian prostitute Zinaida (Yekaterina Rednikova) and fast-talking American reporter R.J. (Gabriel Macht). Together the three of them journey northward toward the frozen port city of Archangel to search for answers, staying a step ahead of elements hellbent on preventing them from dredging up the past.

Although not on the Spy 100 list, Archangel easily could be, an atmospheric, suspenseful chiller that creates immediate intrigue and builds its mysteries well. Craig makes for an engaging protagonist, and both Rednikova and Macht are effective as his quarrelsome allies. The cinematography is stark and stunning, winter locales beautifully captured (the series was filmed in Russia and Latvia). Unfortunately the secret underlying the clever plot feels somewhat comic bookish, and the final scene is both telegraphed and abrupt, leaving no time to wind down from the journey. But I didn’t find these flaws overwhelming; all in all it’s an enjoyable mix of history and suspense, with a unique look. 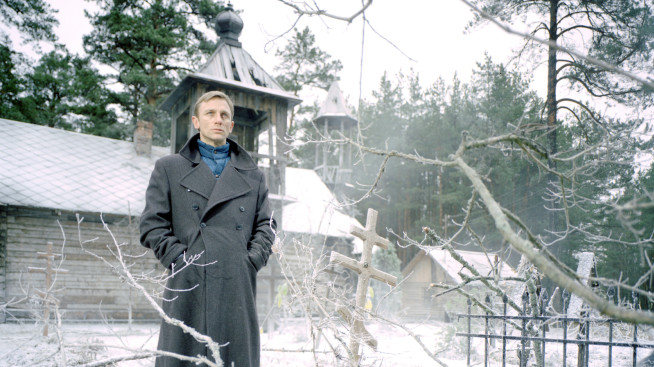