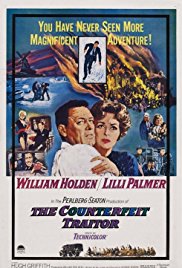 The list sends us back to WWII for The Counterfeit Traitor (1962), a war epic set at the height of the Nazi menace. William Holden stars as Eric Erickson, an American-born Swede living in Stockholm in 1942. Erickson is a wealthy businessman in the oil industry, exploiting Swedish neutrality to trade with the Allies and the Axis alike. Publicly blacklisted, Erickson is recruited under duress by British intelligence agent Collins (Hugh Griffith), in order to clear his name as a Nazi collaborator and save his business. He’s forced to sell himself as a Nazi sympathizer — alienating his own wife and publicly insulting his best friend, a Jew — in order to position himself to travel freely in Germany promoting the building of a bogus oil refinery. There he picks up information for the Allies, and unexpectedly falls in love with one of his contacts, Marianne (Lilli Palmer), a German socialite also working for the British. His relationship with Marianne and his experiences in Germany transform Erickson’s cagey reluctance into full conviction.

Based on a true story, The Counterfeit Traitor (1962) feels perhaps too much like it’s based on a true story. At a lengthy two-and-a-half hours, it opens as a documentary-like biopic with a strong focus on Erickson’s recruitment and initial mission; then shifts into conventional Hollywood romance mode; before ultimately veering back to a tense suspense film, when Erickson runs one last mission to Germany. It’s time well spent, in some ways: the complicated web of dealings and the detailed spy tradecraft feel authentic, and Erickson’s personal journey from reluctant opportunist to eager participant feels all the more convincing for the extra development. But the lengthy sprawl of the plot also hurts the film, giving it a jagged structure and an uneven pace. The action slows to a crawl occasionally, and by the time Erickson is on his harrowing last mission, the film has somewhat overstayed its welcome. This is unfortunate, because the last sequence of the film is probably the strongest, so full of left turns and surprises it probably couldn’t have been invented. It includes the film’s most powerful moments, some tragic, some inspiring; my favorite was a spontaneous demonstration of non-violent resistance in the streets of Copenhagen. Perhaps these moments wouldn’t be as powerful without the extensive build-up, but I can’t help but think it could have been streamlined at some point along the way.

Holden is in fine form, and Palmer is even better as a woman torn apart by conflicting beliefs and motives. The production values are top notch, and the film has a terrific international look, filmed on location in Denmark, Germany, and Sweden. It might be too exhausting for the casual viewer, and its structural imperfections are a stumbling block, but in the end I found it well worth watching. This one may be just for spy diehards and classic film buffs. 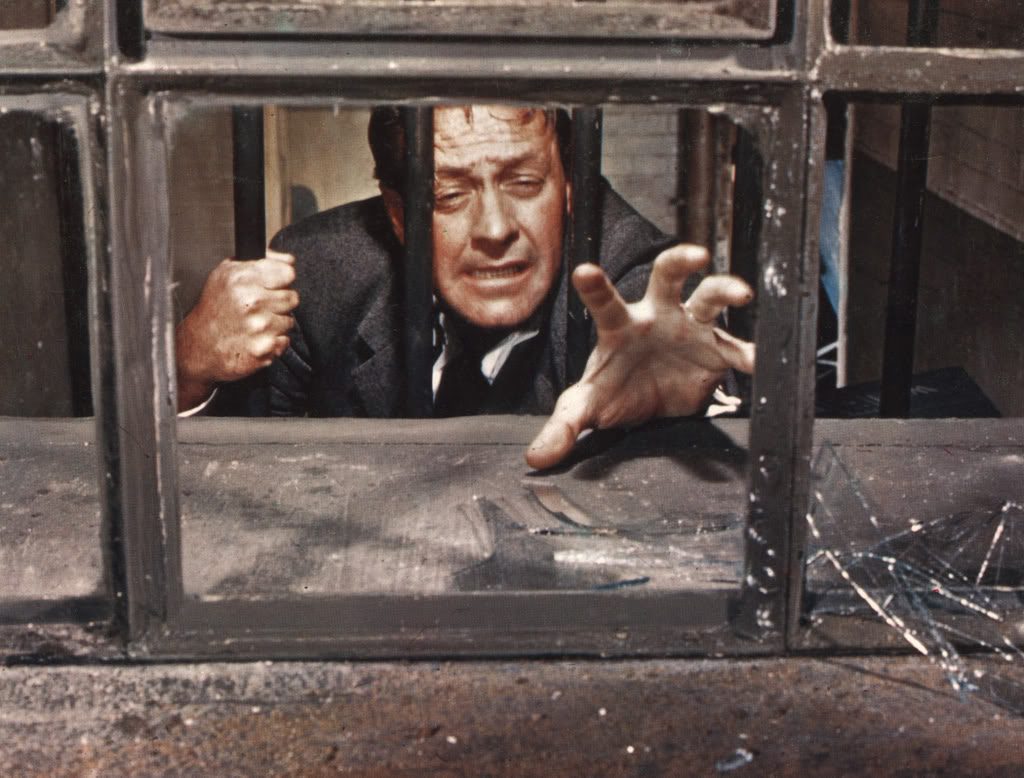