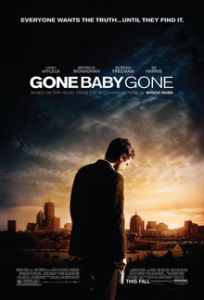 More and more I’m thinking I need to check out the fiction of Dennis Lehane. He not only wrote for one of my favorite shows, The Wire, but his novels tend to make for engaging, twist-filled films. My latest encounter with his voice is Gone Baby Gone (2006), an impressive directorial debut for Ben Affleck full of award-worthy performances.

A pair of young Boston PIs, Patrick Kenzie (Casey Affleck) and Angie Gennaro (Michelle Monaghan), are hired to investigate a missing child. Although the police, led by Jack Doyle (Morgan Freeman), are on the case, the child’s aunt (Amy Madigan) and uncle (Titus Welliver) feel that Kenzie and Gennaro can contribute a different angle, since they’re locals connected in the neighborhood. Kenzie and Gennaro’s investigation puts them into contact with a pair of old-timer cops, Remy Bressant (Ed Harris) and Nick Poole (John Ashton), and the four of them combine their resources to investigate the child’s abduction, despite the self-serving interference of the child’s negligent mother Helene (Amy Ryan). The case comes to a train wreck of a close, but in time the couple learns that they only knew part of the story…and the rest puts them in the path of a difficult decision.

In my limited experience, Lehane’s stories tend to play out in stages, rife with twists and turns and false endings as his characters peel away layers of the mystery. Gone Baby Gone is no exception, a satisfyingly detailed and convincing crime story filled with strong characters. The direction is solid and the performances are excellent right across the board, with Affleck, Harris, and Ryan really standing out. I found it a powerful, well structured, and thoroughly engaging mystery. 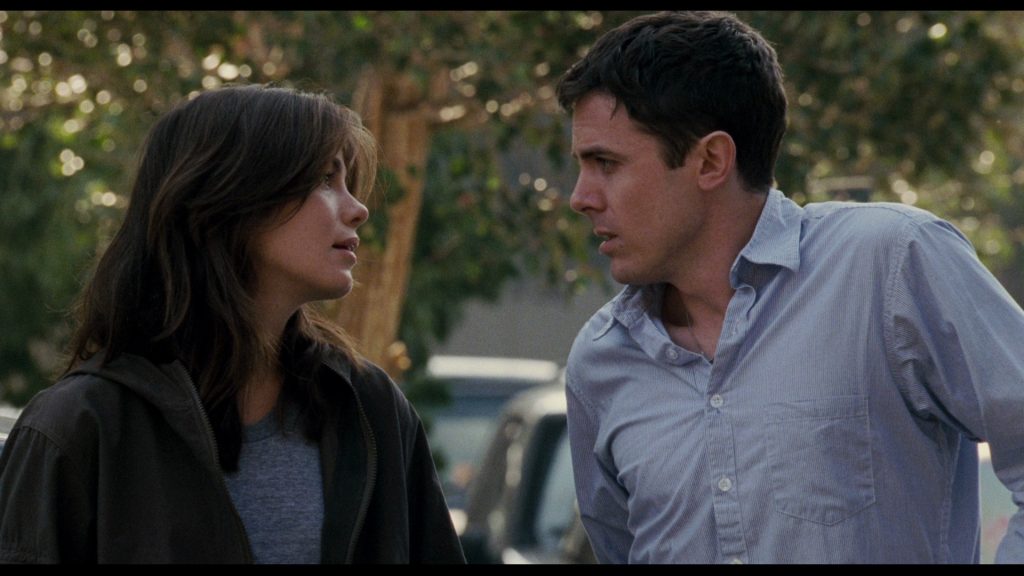 Film: In the Dust of the Stars