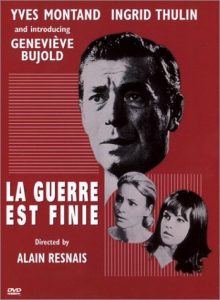 The New Wave takes on the spy game in La Guerre Est Finie (1966) (The War is Over), a lethargic black-and-white affair that coalesces so slowly that it almost doesn’t coalesce at all. Yves Montand headlines the cast as the lugubrious Diego, an agent of the Spanish communist underground working to combat Franco’s fascist regime. A spot check by the police during a border-crossing mission spurs him to break off his trip to Madrid, and he scurries back to Paris, where he’s been operating in exile. There he meets Nadine (Genevieve Bujold), the daughter of the man whose  passport he “borrowed,” and who bailed him out during a phone-check from the police. Nadine’s innocent-appearing sympathy turns out to be more intense than expected, however, entangling him unexpectedly with another, more radical anti-fascist organization, which he may have placed unwittingly in jeopardy. Meanwhile, his girlfriend Marianne (Ingrid Thulin) grows weary of his frequent absences and secretive lifestyle. The complicated web of circumstances leads Diego to reconsider his commitment to the cause, and what’s best for his future.

The plot does come together, here, but at a sluggish two hours it does take a while to see the big picture for all the affected minutiae. Director Alain Resnais seems more interested in style than story, and the film is rife with French New Wave elements: disorienting cuts, random freeze frames, unsynced sound. It makes for a unique film, but unfortunately the slow pace and perverse technique aren’t a natural fit with the convoluted plot mechanics of the spy genre. A certain level of interest is maintained by the history and the filmmaking, and I suspect it will appeal to a certain kind of patient viewer, but by and large I felt pretty distanced from it. 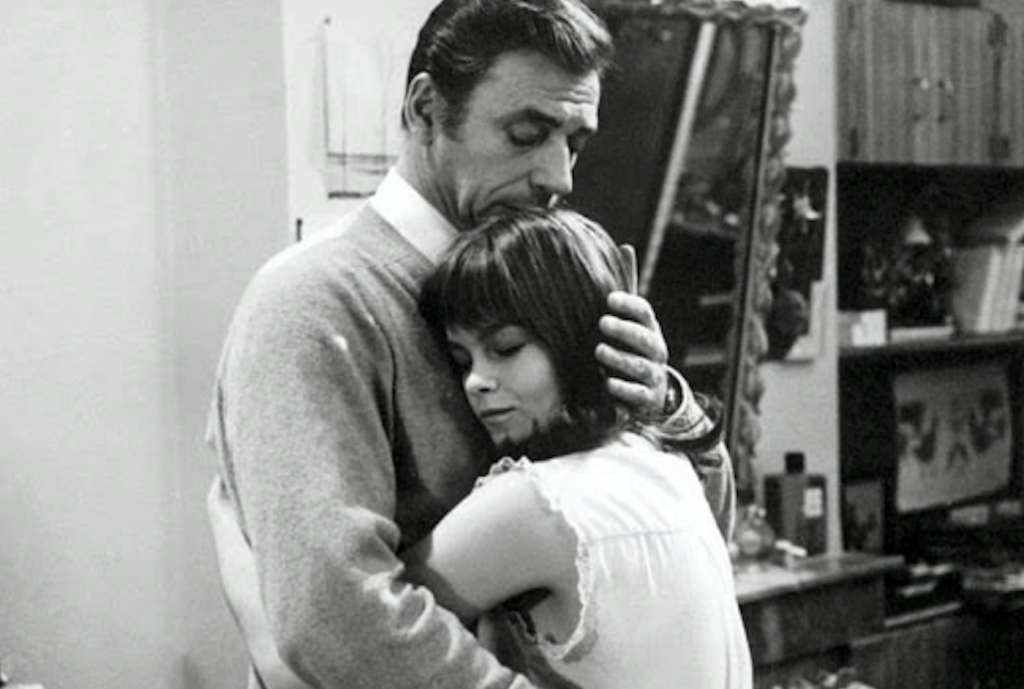