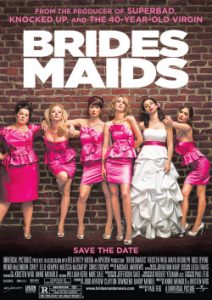 Kristen Wiig has been the best thing about Saturday Night Live for years, and Bridesmaids (2011) proves she deserves a bigger spotlight. She stars as Annie, a woman coming through a rough stretch: her Milwaukee bakery has failed, her boyfriend bailed on her, and she’s squeaking by in a retail job. But things are about to get worse: her best friend Lillian (Maya Rudolph) is getting married, and asks Annie to be the maid of honor. Lillian’s happiness throws the bleakness of Annie’s life into sharp relief, which only intensifies when Lillian’s perfect new friend Helen (Rose Byrne) puts new strains on the friendship. As increasingly disastrous pre-wedding events pile up, Annie spirals ever downward, watching her best friend slip away. Will she survive the wedding?

If you thought Ricky Gervais was the master of feel-bad comedy, wait until you see Wiig in Bridesmaids, which she also co-wrote. She’s brilliantly funny, a neurotic, sympathetic hero as she confronts one insecurity after another. She’s surrounded by talented support: Jon Hamm is hilarious in an uncredited turn as Annie’s shallow booty call Ted, Chris O’Dowd makes for a unique nice-guy love interest, and Melissa McCarthy is a riot as Megan, the groom’s oddball sister. The cast has great chemistry, and the script lines up loads of great comic set-pieces for it.

From time to time the pacing stumbles: stretching gags slightly beyond their lifespans, or going to unnecessary extremes. But those are the hazards of go-for-broke comedy, and Bridesmaids is a genuinely funny one, hitting more than it misses. It’s also a refreshing showcase for nicely developed female characters, at its core more interested in the stresses major life change can place upon friendship, than on the typical find-a-man cliches that Hollywood usually foists onto this kind of material. Under its zany, raunchy surface, the comfortable rapport of Wiig and Rudolph gives the film its heart. Fun stuff! 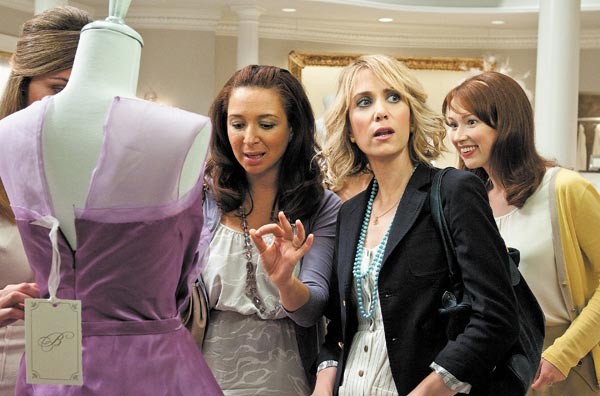 Film: The Street with No Name