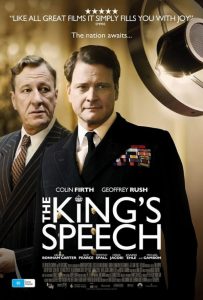 Over the weekend I finally caught up with The King’s Speech (2010), an excellent biopic that suffers only from being utterly unsurprising at every turn. Such are the perils of history-based films, I suppose.

Colin Firth delivers a sensational performances as Prince Albert, the Duke of York, an earnest, introverted man whose taxing royal life is made all the more strenuous by a significant speech impediment. At the behest of his wife Elizabeth (Helena Bonham Carter), he hooks up with Australian speech therapist Lionel Logue (Geoffrey Rush), whose unorthodox methods may just prove the key to making his public speaking engagements less torturous. In light of the course of events, this ultimately proves crucial to the hopes of a nation in a time of dire crisis.

The King’s Speech is assured, well produced stuff, buoyed by the dynamic performances of Firth and Rush, who are both superb. I found parts of it slow-going, particularly early on, but the gradual build-up of the friendship pays off in a stirringly executed finale. My enjoyment of the film was diminished slightly by knowing how everything was going to turn out in the end; familiarity with the history lends the film rather an obvious shape. Fortunately, the performances alone are worth the viewing, and the rest of the packaging is nicely done as well. 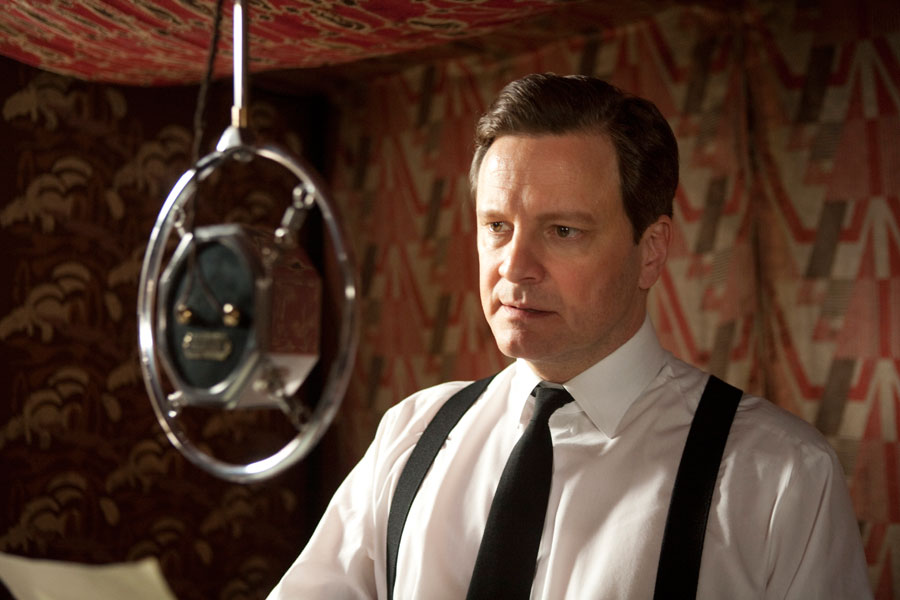