As expected, the blog’s kind of taken a backseat to actual writing lately, or I would have announced this sooner:

This past Carmageddon-weekend-that-wasn’t, Jenn and I went out to run some errands and accidently fell in love with a new little fellow at the Kitten Rescue event in Canoga Park.  Everybody, meet our newest little dude Finn!  (Here’s the first decent picture I snapped of him, shortly after bringing him home.) 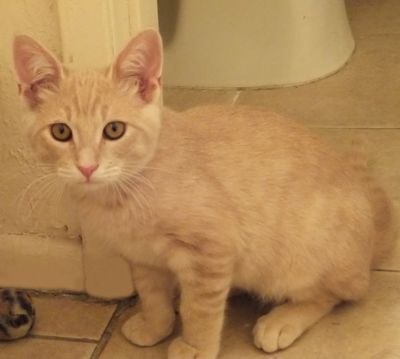 For more pictures and info about how Finn came to join us, swing by Jenn’s post from a few days ago.  I’ll just add that we wrestled with the idea of getting a third cat for months, ultimately decided against it, and then stumbled into Finn and changed our minds pretty quickly.  (Finn is short for Finley, but you can all him “Finster,” “Finnegan,” “Little Dude,” “Hey Get Out of There!” and other nicknames to be determined.)

So far Cairo and Oslo haven’t quite adjusted to having a new little brother, but Oslo’s getting close — he mostly just looks confused, but he’s tentatively started to play with the little guy.  Cairo’s just been surly, but not nearly as tempermental as when we brought Ozzy home.  So far, Operation Cat Integration is going pretty well!

And with that, more pictures (taken by Jenn, a much better photographer) of “Our Man Finn!” 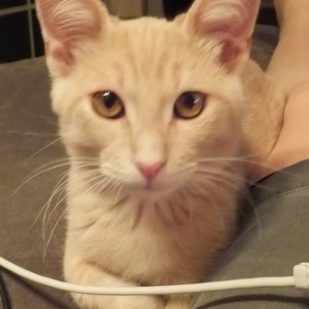 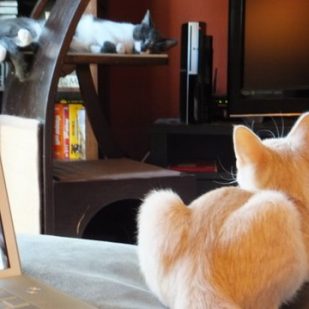 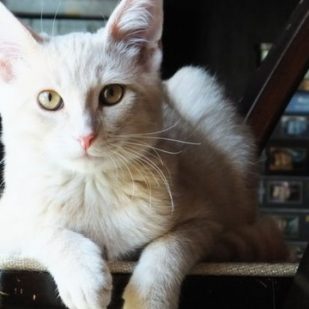