And Now, Some More Comics 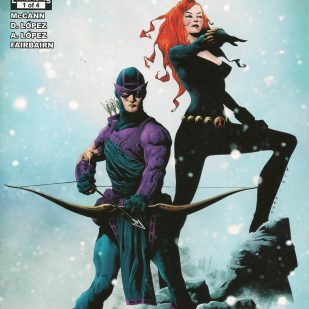 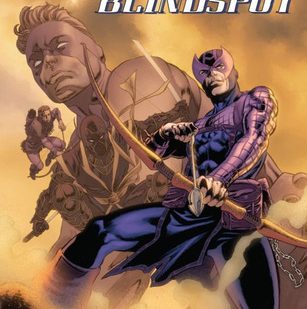 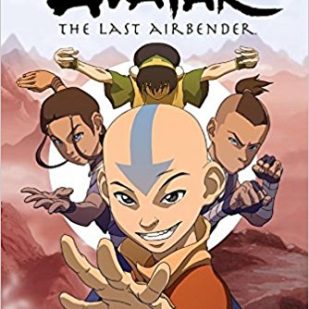 After a promising start, the Hawkeye & Mockingbird comic book stumbles a bit in its crossover with Black Widow in the Widowmaker sequence,  a four-issue omnibus following on the titles I reviewed last month.  I found this tale of super-spies on a hit-list a bit scattered and not terribly compelling.  I still loved David Lopez’s artwork, particularly his take on Mockingbird, and the characters are still some of my favorites.  But unfortunately the story just didn’t grip me, its attempt to alternate protagonists from chapter to chapter hurting the focus of the narrative.  This project also reminded me of Marvel’s tendency toward annoying cross-marketing, which confuses continuity and continues to be a barrier to re-entry.  (As a “bonus,” the omnibus includes some retro Solo Avengers tales featuring these characters, but they’re not very good at all.)

Better is the Hawkeye book Blindspot, which follows up on the Widowmaker events with a very personal solo adventure for Marvel’s famous marksman.  This one is a nice primer on Hawkeye’s origin story, ricocheting between past and present.  Unfortunately, the present track, which pits him against Baron Zemo and an implausible surprise opponent, is just okay.  I liked it without loving it.  The dark, modern noir take on Hawkeye doesn’t seem like a good fit for the character, however well done; ultimately I think there’s a reason he’s such a popular supporting character — he shines in group interaction, and Blindspot doesn’t give him enough of that.  The spy team of the first several Hawkeye & Mockingbird issues had some promising group dynamics, that might have developed nicely given a chance to flourish.  Neither Widowmaker nor Blindspot follow up on that opportunity, alas, and now we’ll never know.

For something completely different, on to Avatar, The Last Airbender: The  Lost Adventures, easily the best comic in this entry.  This attractive trade paperback collects short stories of various lengths, starring Aang, Katara, Sokka, Toph, Appa, Momo and the rest of the awesome Avatar crew.  These “interstitial” stories are set in between episodes of the wonderful three-season cartoon, and — perhaps thanks to heavy participation by the show’s creators and staff — do a fantastic job of recapturing the characters, dialogue, group dynamics, and art style.  For those of us eagerly awaiting Legend of Korra, these Lost Adventures are a great way to refresh our memories of this great world.  (And again, if you haven’t seen the cartoon yet, what are you waiting for?  Great stuff!)