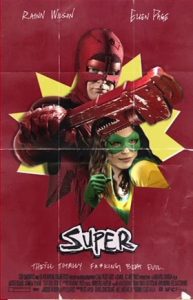 Super (2010) is one of those interesting projects that never quite figures out what it wants to be, much to its detriment. Frank Darbo (Rainn Wilson) is an oddball and a bit of a goody two shoes. The only light of his life is Sarah (Liv Tyler), a recovering alcoholic who takes a shine to his offbeat personality. When Sarah is lured back to a life of substance abuse by criminal sleazeball Jacques (Kevin Bacon), Frank — whose unique view of the world is often influenced by sketchy “visions” — goes off the deep end. To fight for justice and save Sarah, he develops a crime-fighting alter-ego, the Crimson Bolt, and builds a reputation as a ruthless street vigilante by assaulting people with a pipe wrench. Exacerbating his sketchy decision-making is Libby (Elliot Page), a deranged comic store clerk who learns of his true identity and latches herself to Frank’s hip. The deeply disturbed duo, against the odds, goes up against Jacque and his criminal empire.

Super is low-budget, inventive, and different, but boy, is it ever muddled. I was expecting an indie black comedy, and it sort of delivers that, but its tone keeps shifting under your feet. Sometimes it feels light and frothy, others like it’s trying to be inspiring, others like it’s taking itself too seriously. The music and post-production are partly to blame, constantly skewing the tone in awkward directions. Meanwhile the script goes to weird, unexpectedly transgressive places, particularly with violence, that don’t really fit the often light-hearted proceedings. This might’ve made for interesting dissonance, but it doesn’t really work. The shocking, gory special effects — intended to be comical, in a Shaun of the Dead kind of way — are almost too situationally appalling to generate laughs. The film tacks on a clumsy “does-the-end-justify-the-means?” ethical dilemma, but doesn’t have a firm handle on that theme at all.

While I don’t think it’s a successful film, and occasionally it went places I didn’t want it to go, it’s worth watching as a singular novelty, carried by Wilson’s quirky lead performance and energetic support from Page, who pulls off a uniquely bizarre and shocking character. Their deranged dynamic duo almost redeems the film’s generally sloppy composition. 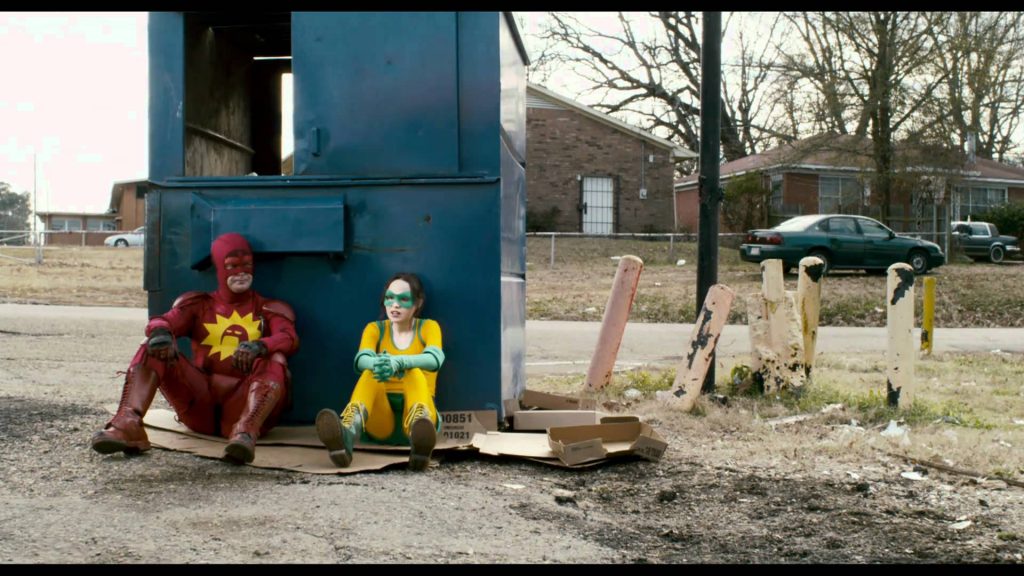