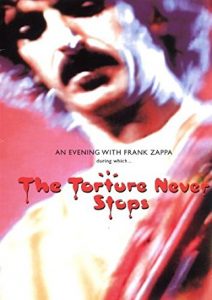 This concert film features over two hours of Frank Zappa music from the early 1980s. So, yeah, most of you can stop reading this. Even a lot of diehard Zappaphiles aren’t huge fans of his stuff from this era. But I’m actually rather fond of the ensemble from The Torture Never Stops (1981), especially the rhythm section of Scott Thunes (bass) and Chad Wackerman (drums), so I was happy to stumble across this DVD during an indulgent walk-through of Fry’s.

I’ve seen most of the Zappa concert films, and it’s easy to see why this one’s more obscure. Zappa himself seems less interested than usual here, and the crowd is pretty dead. The program features a lot of material from the 1980 album You Are What You Is, which I think is a pretty great studio album (especially vocally), but doesn’t seem to go over that well live, at least not with this crowd. (When old chestnuts from Apostrophe’ and Sheik Yerbouti pop up, it seems to wake up the audience a little.)

While Zappa’s stage persona is rather disengaged here, his guitar solos are fantastic, warped metallic sound structures that instantly transport you away from the silly, too-cool-for-school lyrics of some of his crasser numbers. (Zappa’s guitar solos, for me anyway, peaked around this time, and he rocks it here, particularly on “Montana,” “Easy Meat,” “Dumb All Over,” and “The Torture Never Stops.”) On the whole, I prefer this group on instrumental tunes: highlights for me are the insanely complex “Alien Orifice” and the stately “Strictly Genteel.” Thunes and Wackerman keep it all together, and it’s fun watching Tommy Mars, Ed Mann, and Steve Vai execute some of the more intricate, complicated compositions. Bobby Martin and Ray White drive the vocals. It’s an insanely talented group of musicians, really. I’d say this concert is for Zappa completists only, really, and probably will wear some of them out. But I enjoyed it, a fun glimpse back at one of my formative musical influences. 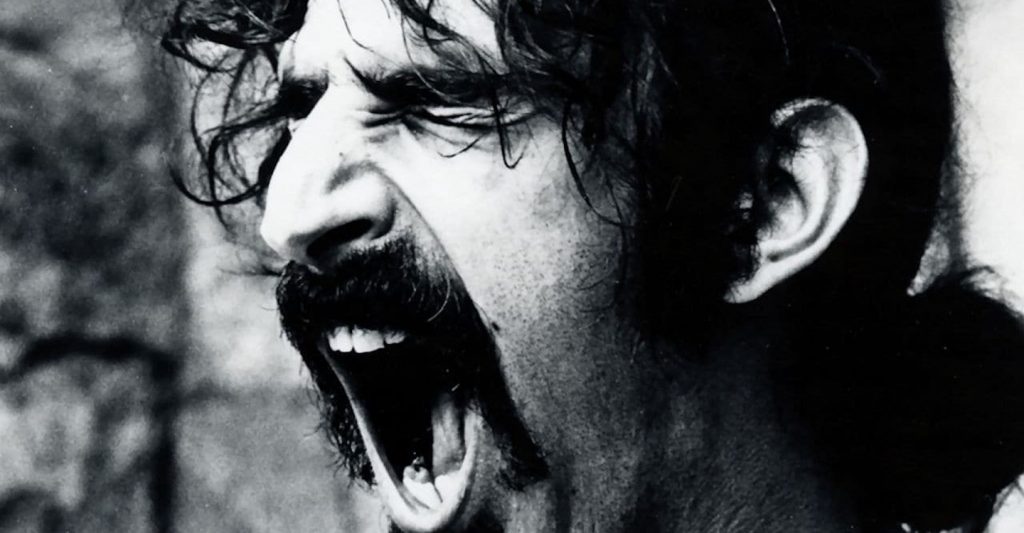