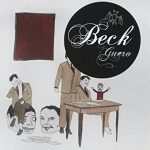 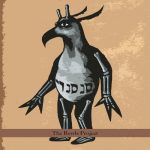 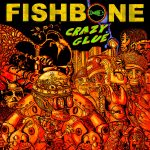 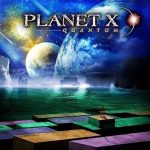 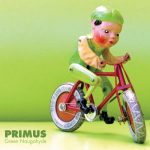 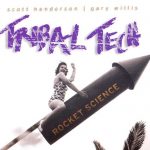 Beck, Guero (2005):  I find it handy to keep Beck albums around; he’s one of those artists who services my tastes without offending those of my friends, who might find my more aggressive stuff too painful to listen to.  Beck consistently produces solid straight-up alternative pop, with a little funk and rap mixed in.  Guero is a pretty great example, right up there with Mellow Gold, Midnite Vultures, and Odelay on my list, full of great, catchy grooves and clever stream-of-conscious lyrics.  No real duds on this one, for me.  (Favorite tracks: “E-Pro,” “Que’ Onda Guero,” “Missing,” “Black Tambourine,” “Go It Alone”)

Charming Hostess, The Bowls Project (2010):  I’m a big fan  of this group’s “big band” lineup, which features members of the heavy progressive group Sleepytime Gorilla Museum.   Previous albums Eat and Punch serve up several languages worth of powerful harmonies, backed by intricate rhythms on bass, guitar, and drums.  The Bowls Project does not boast that exact lineup, but it has a similar sound; the vocalists are in full, belting throat here, supported by an arsenal of talented backing musicians in an album that runs the gamut from funk to folk, heavy rock to gospel-like country.  I’m still wrapping my ears around this one, but so far I’m liking it, if not quite as avidly as the aforementioned albums.  (Favorite tracks: “Bird of Rivers,” “Oh Barren One,” “Yavo Ha Goel”)

Fishbone, Crazy Glue  (2011):  I was impressed at how accomplished Fishbone’s previous release (Still Stuck in Your Throat) was after all these years.  Seven-song EP Crazy Glue didn’t quite blow my doors off, but it’s still pretty good stuff, another diverse serving of the band’s unique genre-mashup party music sensibilities.  Punk meets funk meets ska meets metal meets soul, the usual utterly distinctive signature sound.  These guys are a band out of time, for me; without changing much, they always manage to stay relevant.  (Favorite tracks: “Flutterbutter,” “Weed, Beer, Cigarettes”)

Planet X, Quantum  (2007):   Easily my favorite band right now is the German prog-jazz-metal combo Panzerballett.  I discovered Planet X while researching Panzerballett’s influences.  They deliver a great mix of instrumental jazz and heavy rock, characterized by complicated polyrhythms, precision riffs, and atmospheric keyboards.  If this album’s any indication, Planet X is like a kinder, gentler precursor to Panzerballett, more conventionally listenable, lacking the perversity and quirky sense of humor.  For me, spectacular writing music; probably my favorite of this batch of albums.  (Favorite tracks:  “Matrix Gate,” “The Thinking Stone,” “Space Foam”)

Primus, Green Naugahyde (2011):   As with Fishbone, I’m still happy this old warhorse of a band is still around.  Even now, nobody plays the bass with Les Claypool’s unmistakeable style and creativity, and he’s still the driving musical voice of Primus.  But I haven’t been entirely satisfied by a full Primus release since 1999’s Antipop, which I think benefitted from its cadre of outside producers, who reined in the band’s more wayward tendencies.  Green Naugahyde might have benefitted from an outsider’s perspective; it suffers a bit from lack of restraint.  I found elements of it engaging, particularly Larry LaLonde’s guitar-playing, which I’m growing increasingly fond of as the years go by.   (Having now heard other guitarists jam with Claypool, I appreciate even more how much more subtly and skillfully LaLonde complements Claypool’s one-of-a-kind, weird-ass rubbery bass sound.)  But overall this strikes me as lesser Primus, its tracks lacking shape and occasionally overstaying their welcome.  There are still glimmers of the old magic here and there, though, so as a completist I was happy to add it to my collection.  (Favorite tracks: “Tragedy’s A’Comin’,” “Lee Van Cleef,” “Extinction Burst”)

Tribal Tech, Rocket Science (2000):  Another Panzerballett influence find.  Tribal Tech is impressive improv jazz-funk, and this is a winning album showcasing some excellent musicianship.  I understand that these tracks, while initially structured with some rudimentary changes, were largely improvised in the studio, but  you wouldn’t know it to hear them.  Even though they’re clearly jams, they have melodies and shapes to them and tell stories.  I can’t really do them justice with a description; sample for yourself.  In particular, the funk tunes on this album really got under my skin.  (Favorite tracks:  “Astro Chimp,” “Rocket Science,” “Mini Me,” “Space Camel”)